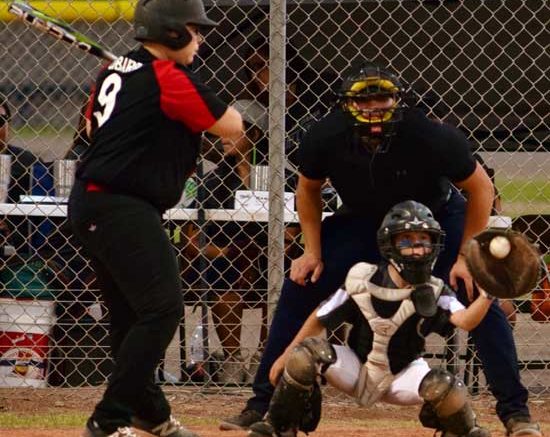 “Anything is possible,” Morenci-Clifton manager Jose “Pepe” Saenz said. “We’ll take it one game at a time.”

Despite a 4-run advantage with two outs in the bottom of the sixth inning, the game’s outcome was in doubt until the final out.

Mount Graham had the bases loaded with the tying run at the plate but the rally was cut short. An infield error allowed a runner on base, a two-out error put another runner on, and a walk loaded the bases after five batters took their turn. The sixth batter grounded out to end the season for Mount Graham, 5-1.

Mount Graham drew first blood and broke the scoreless deadlock in the bottom of the third when Erik Carrasco dispatched his  first pitch over the 200-foot right field fence.

“He had the green light,” manager Tommy Quintero said.

A ground out and strikeout halted the scoring. The Graham County boys sent four batters up in both the fourth and fifth, getting a two-out walk and two-out single, followed by strikeouts both times.

Morenci-Clifton tied the score with singled runner Gabe Hernandez crossing the plate on a two-out throwing error in the fourth. A walked Daylen Johnson scored the go-ahead run on a one-out Patrick Chavez sacrifice fly in the fifth. A walked lead-off batter Joseph Seballos was doubled in by Shaun Hudman with two outs, and a fielding error on a deep Hernandez fly allowed a walked Johnson and Hudman to score plus Hernandez to reach second in the sixth. A strikeout sent the Greenlee County boys on defense.