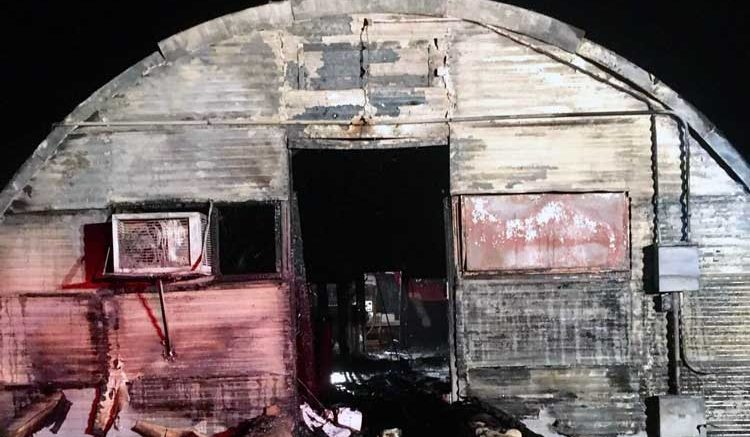 FORT GRANT – It was a long trip and a long night for the volunteer firefighters of the Safford Fire Department, but when the horn blows the crews saddle up and head out no matter where they are called to go. 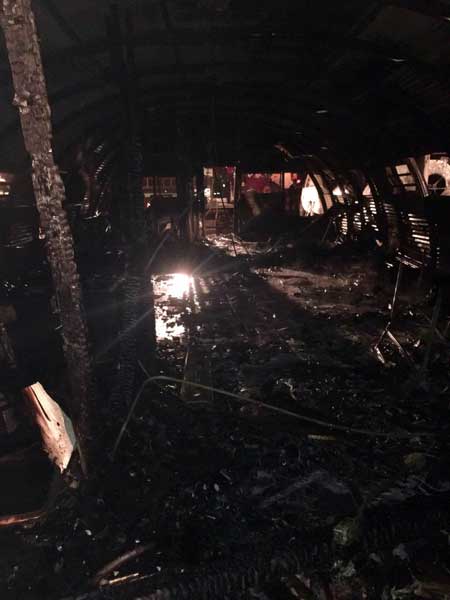 Contributed Photo/Courtesy Safford Fire Department: The inside of the quonset hut shows the fire’s total devastation.

On Thursday night, their destination was the Arizona State Prison Complex-Safford Fort Grant Unit, which is located on the western side of the Pinaleño Mountain Range. Safford responded with one truck and five firefighters to assist the Willcox Fire Department and Willcox Rural Fire Department, which is much closer. While the facility is in Graham County, the fire district is Willcox.

“They’re part of our community,” Safford Fire Chief Clark Bingham said. “We can assist with things like that. Lives and property is what we protect.”

Safford Fire was dispatched at about 9 p.m. and made it back to the station a little after 12:30 a.m. Bingham said the structure on fire was the middle of three quonset huts on the edge of the prison property that housed materials for the facility’s Hot Shot inmate wild land firefighting crew. Ironically, the wild land crew doesn’t have the necessary tools to battle such a structure fire as they are designed to stop wild land fires and utilize tools such as axes, chainsaws, shovels, wreckers and more. Quonset huts are typically arching storage buildings built out of metal and were favored by the military and, more recently, for shops and garages, for their ability to stand up to the elements

“This one was extremely well built,” Bingham said. “It had been there for a long time.”

Bingham said the fire was contained to just the singular building, which suffered a total loss. However, the prison general population was never in danger. The cause of the fire is undetermined because there was not enough evidence left to point out how it started. Bingham expressed his hope the Hot Shot crew would regroup after the loss because they are highly recognized as a top-notch crew and the wild land fire season has just started. 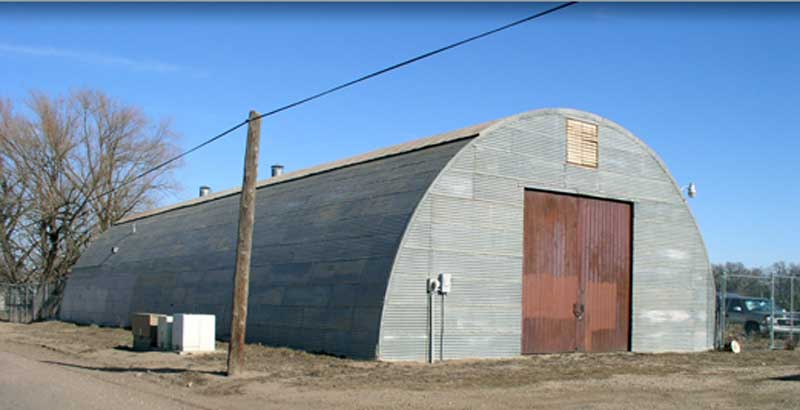 This is what a typical quonset hut looks like.

“It’s a sad thing that they lost all this equipment,” Bingham said. “The Fort Grant inmate firefighting crew works very hard to be very well respected in the wild land firefighting community in the state of Arizona. Hopefully, they are able to replace the equipment and be ready for wild land season because it is upon us.”

The prison started out as Fort Grant in 1872 and was utilized to protect settlers from the Apache but was abandoned by the Army in 1905. After Arizona gained statehood in 1912, the facility was used by the State Industrial School for Wayward Boys and Girls.

The Arizona Department of Corrections took over the site in 1968, and in 1997 the prison became a unit of ASPC-Safford, which has three other units in the San Jose area.