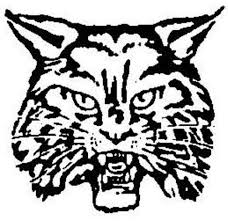 The Morenci boys basketball team got off to a quick start en route to a 64-42 season-opening win over the visiting Saint David Tigers on Nov. 29.

Starting three seniors and two sophomores, the Wildcats controlled the opening tip and scored on four of their initial five field goal attempts to take an 8-0 lead with 2:07 elapsed in the game. The Tigers scored 16 seconds later after missing their first four shots. By the time Saint David sank its second basket, the deficit was nine points (3-12), with 1:45 left in the period.

The Wildcats ended the opening period with a John Olmsted catch-and-turn-around 3-pointer that fell through the net with no time left on the clock. Morenci led by 14, 19-5, after connecting on an additional 5-13 field goals plus 2-2 free throws compared to 1-7 more field goals by Saint David. The Red and Black had a 13-5 rebounding advantage and one less turnover during the period.

“We’re young and can’t do a lot of things,” Morenci head coach Patrick Hepper said. “We try to do the things we can really, really well.

“Two of the things we can control are attitude and intensity,” Hepper said. “We had that tonight.”

“Saint David is a pretty good 1A team and will probably be one of the four competing for the state title,” Hepper said.

The Wildcats next home games are with Pima on Dec. 13 and Safford on Dec. 14.

Wolves slip past Wildcats with no time left

Morenci boys run past Tigers, Bobcats, and Cowboys for 3-0 mark