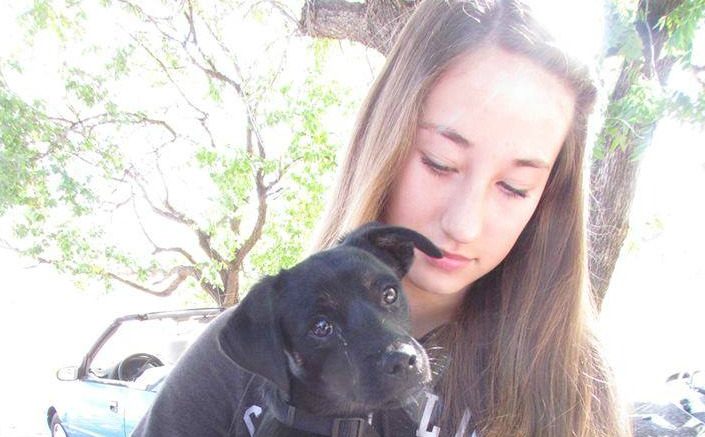 Contributed Photo/Courtesy Amber Johnson: Lucy enjoys puppies, but would like to see less of them on the streets and more taken care of and in good homes.

SAFFORD – One Safford teen has started a personal quest to raise money to help pay for the expenses of spaying and neutering local dogs and cats.

Lucy Johnson is a 13-year-old Safford Junior High School student who helps her mother, Amber Caldwell Johnson, with fostering rescue animals. Lucy is aiming for a soccer scholarship but says she doesn’t want to be a vet. However, she still wants to make a difference for the local animals. She wants to attain the attention of the local community and change their perspective on animal over population. By doing this, she is hoping to change the world for local animals.

“I would like to see the people in control of our county care more about the pet population here and the problems that we have,” Lucy said.  “There are too many dogs running in the streets and too many unwanted puppies.”

According to Business Wire Features, over $2 billion is spent annually by local governments to shelter animals. This money is also used to euthanize 8-10 million dogs and cats due to space constrictions.  While some individuals argue that they let their animals reproduce because there are plenty of individuals wanting another dog or cat, statistics show there will never be enough homes for the animals because of the rate of animal reproduction. Every day, 10,000 humans are born in the United States, and each day roughly 70,000 puppies are born. Because of the sheer magnitude of these numbers, the possibility of finding homes for every unexpected litter is statistically unrealistic.

Lucy told Gila Valley Central that she believes that backyard pet breeding should be controlled, reducing the excess pets.

“Too many people are breeding them here and the backyard breeding should be regulated,” she said. “Pure breed dogs end up in county all the time. It’s not just pit bulls and Chihuahua’s. They (backyard breeders) should not be able to bring more lives into this world when there are millions of dogs being euthanized in shelters.”

Upon investigation, Gila Valley Central found that Lucy was on point. According to a recent statistical compilation in 2015 by PetBreeds, the top breeds in animal shelters are:

1: American Pit Bull Terrier, with a total number available for adoption of 5,435.

2: Chihuahua, with a total number available for adoption of 3,725.

3: Labrador Retriever, with a total number available for adoption of 3,587.

4:  German Shepherd, with a total number available for adoption of 1,378.

5: American Staffordshire Terrier, with a total number available for adoption of 1,128.

Amber Caldwell Johnson is an administrator on the Facebook page titled, “Animal Crackers Pet Adoptions.” She told Gila Valley Central that Lucy began helping her with the adoptions when they encountered a homeless man bartering a puppy for food.

“Lucy started helping me when a homeless man at McDonalds gave us a puppy in exchange for food a couple years ago,” Amber said. “I started noticing all the “free” puppies at Walmart and online and, honestly, it was overwhelming. There are always puppies at Walmart and there are always puppies for free on the internet here in Graham County. I started to volunteer with a couple rescues out of Phoenix, Arizona Happy Tails and Freedom Tails. They would call me to pull a dog from the county shelter to foster for them so they could get them adopted out.”

Amber said the amount of free dogs in the Gila Valley is enormous.  However, she encourages individuals who are trying to give away unexpected litters to set up the litters to be rescue pets so the animals will be spayed and neutered.

“When I get a post about puppies that comes onto my page, I send them a message before I approve it asking them if they would let me get them to a rescue instead of giving them away for free,” she said. “The sad reality is that a free dog is most likely to end up not spayed or neutered and not vaccinated.”

Lucy and her brother assist their mother with the foster care of the dogs by feeding, walking and potty training them. Amber told Gila Valley Central that Lucy has a passion for saving the dogs, and wanted to raise money to help all the individuals who need to spay or neuter their animals in Safford.

“I get messages all the time for help, and If I take a litter of puppies I always offer my help spaying the mom,” Amber said. “So Lucy started a campaign to raise money to select 20 animals in need to get spayed and neutered.”

Amber and Lucy set up a GoFundMe page for the collection of the funds, and the money will be turned over to the Desert Cross Veterinary Hospital in Thatcher. The fund is called “Paws Crossed Spay and Neuter Fund,” by Amber Johnson. If anyone is interested in donating money to the spay and neuter fund without going online, they can drop money off with the Hustle Kindness group at the Desert Cross Veterinary Hospital.

In her flier, Lucy wrote she loves puppies, but she would like to see less of them.

“I would like to see less,” Lucy said. “Less would mean less would suffer intolerable deaths from Parvo. Less would starve; less would be unwanted and less would end up in the shelters to be euthanized. Please donate and help our community be more productive in the solution of the overpopulation of our hometown.”

As of Wednesday, Lucy and Amber have collected $555 of their $2,500 goal on GoFundMe. This number has nowhere to go but up.

Link to Lucy’s GoFundMe page below: 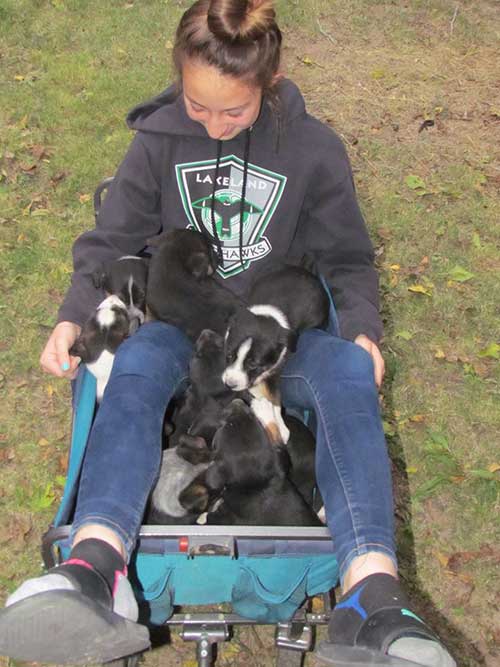 The Hustle Kindness movement takes hold in the Gila Valley