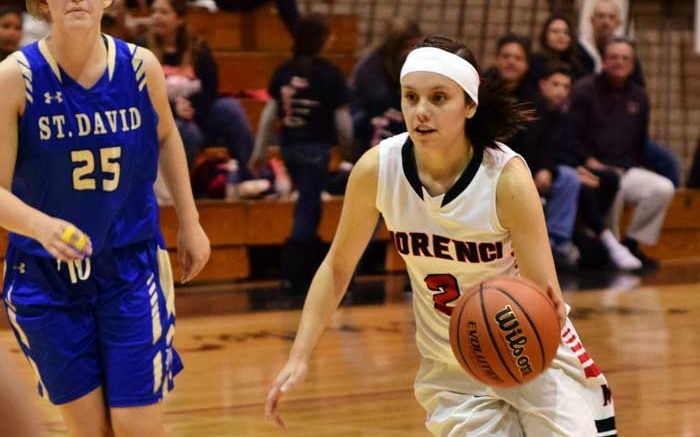 The Steve Chavez-coached Morenci basketball girls returned for a 30-19 second-half outing to post a 59-47 season-opening win over Saint David on Nov. 29. The recharged Wildcats pulled away from a 29-28 first-half lead and an 18-11 opening period advantage.

An Ashley Hernandez 3-pointer knotted the score for a final time, 32-32 with 55 seconds elapsed in the second half and a Krystyna Chavarria basket 1:03 later gave the Wildcats the lead for good.

The Wildcats jumped out to a 6-0 advantage after controlling the opening tip, turning the ball over and rebounding a missed Tigers’ shot. Chavarria’s first two shots and a Hernandez basket came off assists from Aaliyah Manuz, which sparked the run in the opening 1:44.

Saint David countered with a 6-0 run of its own over the ensuing minute to tie the score at 6-6 with 5:01 left in the first period.

Morenci used a full-court defensive alignment to make a 12-5 run for the 18-11 initial 8-minute advantage.

The second period favored the Tigers with a 17-11 advantage, but a couple of ties kept the margin close to a single-point at halftime.

He was pleased with the overall effort displayed by the Wildcats. The entire 11-member roster received game court time as seven contributed to the scoring total.