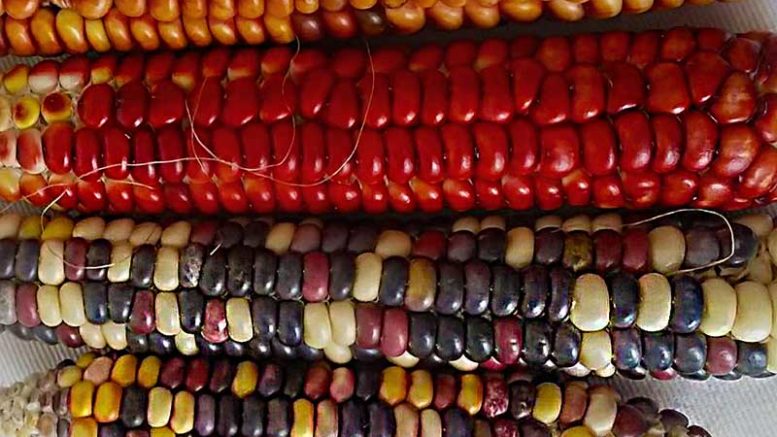 SAFFORD- Growing native heirloom seeds that are climate hardy has given local gardeners a new hope and purpose.

Having been granted the funds, the Mount Graham Seed Savers (MGSS) purchased 30 varieties of native heirloom seeds to be shared throughout the community to start the beginnings of a seed library. The concept is simple: Take several seeds from the MGSS, plant the seeds, harvest seeds from the plants that grow and return them to MGSS. New seed donations are also encouraged. This action of sharing and returning doubles the size of the seed collection and will hopefully result in the eventual creation of a large seed library for local use.

Marsha Petitt, one of the founding women of the MGSS, told Gila Valley Central that the appeal of heirloom seed saving coincided with the aspect of self-reliance.

“I was immediately interested because gardening is huge to self-reliance,” she said. “I love the idea of seeds meant for our climate because I have had many unsuccessful attempts because of my clay soil and it has been one of those things I’d still really like to master. I have experimented with non-heirloom and have tested that they indeed will not produce the next year if you save their seeds. The seed library is such an amazing idea because when those who are participating are self-reliant, they also help others to become self-reliant by saving their seeds and sharing. (It’s a) fantastic and amazing idea.”

Heirloom and open pollinated seeds are one of the largest gardening movements in the United States. However, the definition of an heirloom plant is fiercely debated. Nevertheless, the one element that makes an heirloom seed is the complete lack of genetic modifications by commercial growers.

Nicole Wilson, who works closely with the MGSS, first learned about open pollinated seeds a decade ago on an open forum. What truly intrigued Wilson was the large variety of tomatoes.

“It all started with tomatoes,” Wilson said. “I was fascinated by the variety of shapes and colors I had never heard of. I had no idea there were striped and purple tomatoes. Once I began looking into heirlooms, the stories of where they came from really sucked me in. As far as gardening goes, I’m a novice. I don’t have perfect gardens and make a lot of mistakes, but I am alarmed that we are losing our biodiversity. I am hoping to do more. I try to buy only heirloom and open pollinated seeds. I love trying new to me varieties and seeing what the results are. Bakers Creek Heirloom seeds (rare seeds.com) and native seeds.org are great places to start.”

Liz McCray told Gila Valley Central that as a group the MGSS has researched seed libraries and even visited the Duncan Seed Library to get a firmer grasp on seed lending. At this point, if anyone were to contact McCray, they would simply write their name down in a seed lending book and be given the seeds that match their gardening level.

“We don’t have a seed library here in our area and I think that’s pretty sad,” McCray said. “We’re still in baby steps. We’re trying to see if other people are wanting to be involved. We’ve researched other seed libraries, we’ve talked to the Duncan Seed Library to see how they do their lending of seeds.”

The MGSS was awarded a grant from Native Seeds and given a variety of 30 native seeds to start their endeavor. McCray told Gila Valley Central that the fact that the seeds have already been tested and proven to grow in the local environment is a huge asset.

McCray said when she first began gardening, many of the locals were skeptical that anything could grow in the Gila Valley beside cotton. However, after trial and error, McCray learned that Native Seeds have already been proven to grow in the area and that heirloom seeds are savable. Having a personal collection of more than 200 seeds, McCray said the knowledge that she could provide food for her family through her personal garden gives her a sense of security.