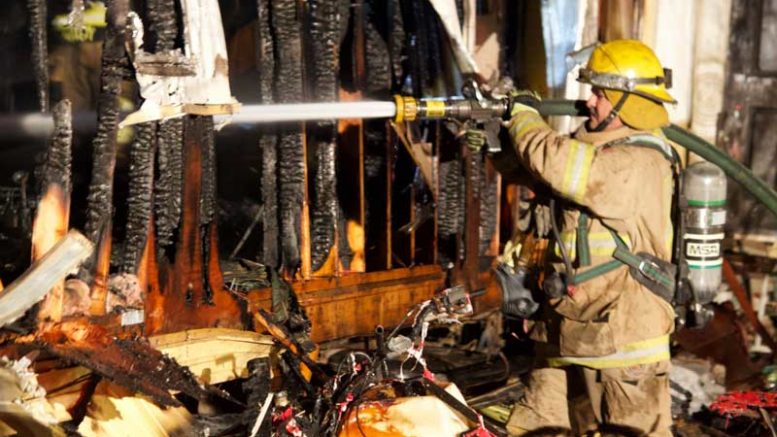 Jon Johnson Photo/Gila Valley Central: A Thatcher firefighter mops up at a burned manufactured home in Central. There were no reported injuries. 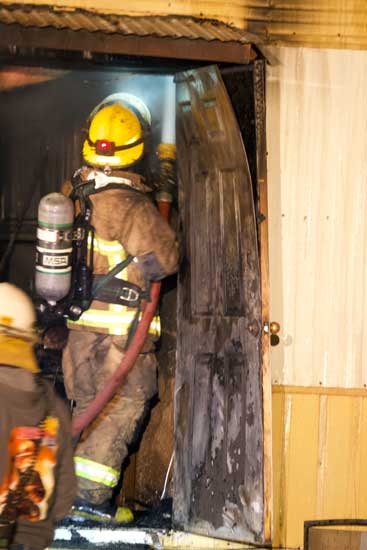 CENTRAL – A manufactured home is a total loss after a fire Wednesday night.

According to neighbors and family members, only one occupant, Daniel Flowers, was in the residence when it caught fire. He made it outside with one of the two dogs and no injuries were reported. The second, larger dog, a white bulldog named Karma possibly ran away and was missing from the scene.

Thatcher Fire was dispatched to the scene at 8:25 p.m. and arrived at it fully engulfed, according to Thatcher Fire Chief Mike Payne. While they were dispatched to 5567 W. Coombs St., the residence actually has a highway address as it is located right off U.S. Highway 70.

The firefighters managed to keep the blaze on the single property and began sending some of the trucks back home about an hour after being dispatched while just a little bit of mop of work continued.

Payne said he wasn’t sure what caused the fire at this point, and that he hadn’t had the chance to examine it prior to speaking with Gila Valley Central.

“Until we get in there and look around I won’t know what caused it,” Payne said. 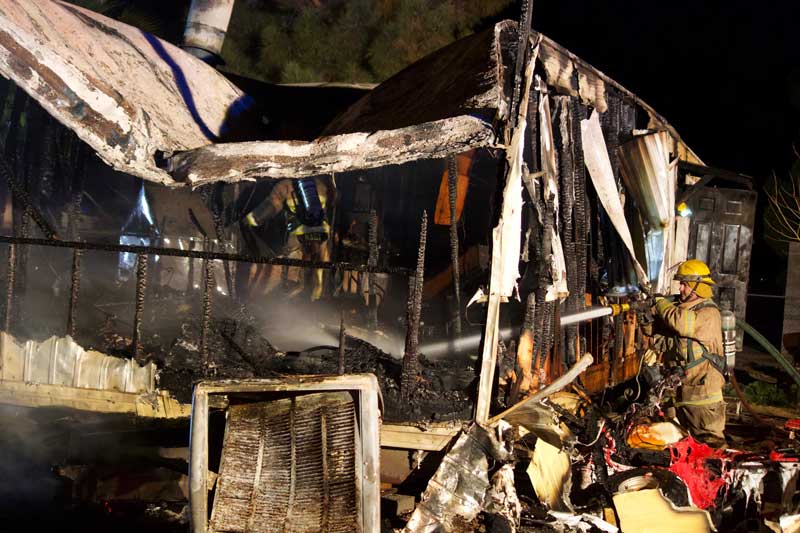 Jon Johnson Photo/Gila Valley Central: A manufactured home was a total loss Wednesday night after catching fire. The cause of the fire is under investigation.