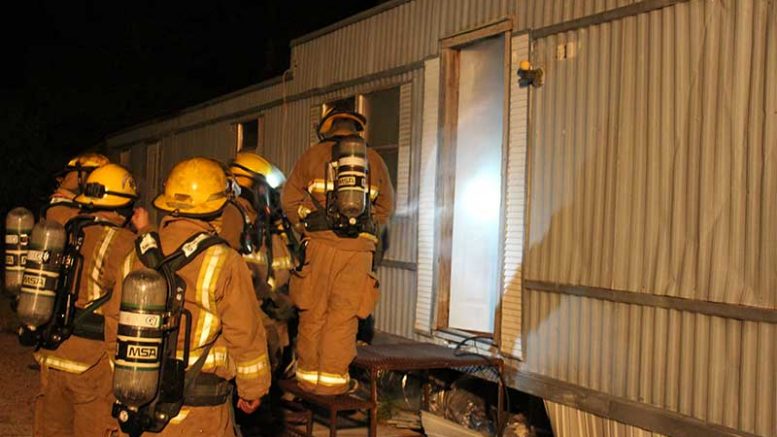 THATCHER – The bright fire engines’ lights illuminated the darkness of the night as the Thatcher Fire Department conducted a training mission to better prepare them to handle the real deal should they be called upon.

The blue double-wide mobile home on Eighth Street in Thatcher is a familiar sight for many. However, at 8 p.m., Tuesday, smoke was coming out of the door and the Thatcher Fire Department was in the front yard. A situation that should cause concern from neighbors was simply a training run with simulated fire conditions. 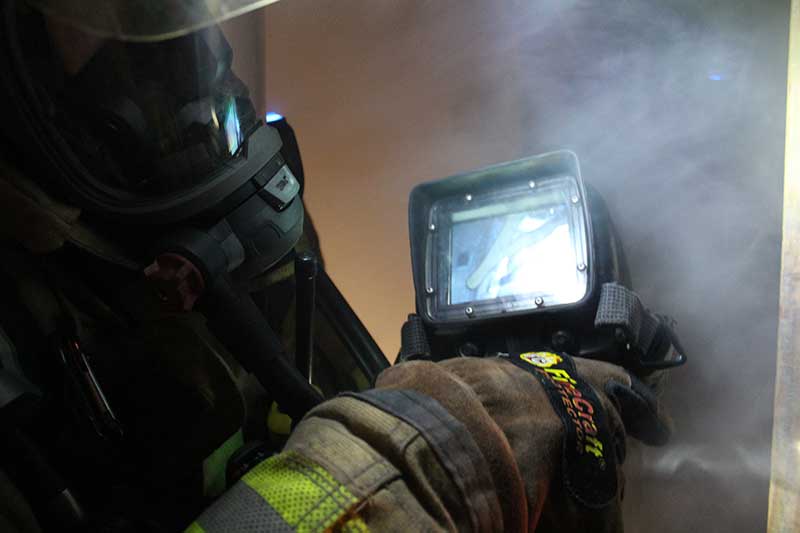 Brooke Curley Photo/Gila Valley Central: Thatcher firefighter Mike Nagy displays how the thermal imaging camera displays a living body on the screen even when smoke obscures the body from view.

Thatcher Fire Chief Mike Payne told Gila Valley Central that the fire department gather weekly for training every Tuesday. This week, they practiced inside the home with artificial smoke and a device called a thermal imaging camera. Using the devise to see through the smoke, the camera could differentiate between the extreme heat of a fire and the heat of a living human or animal. This camera gives firefighters the ability to find an individual even when dealing with blindingly-thick smoke. 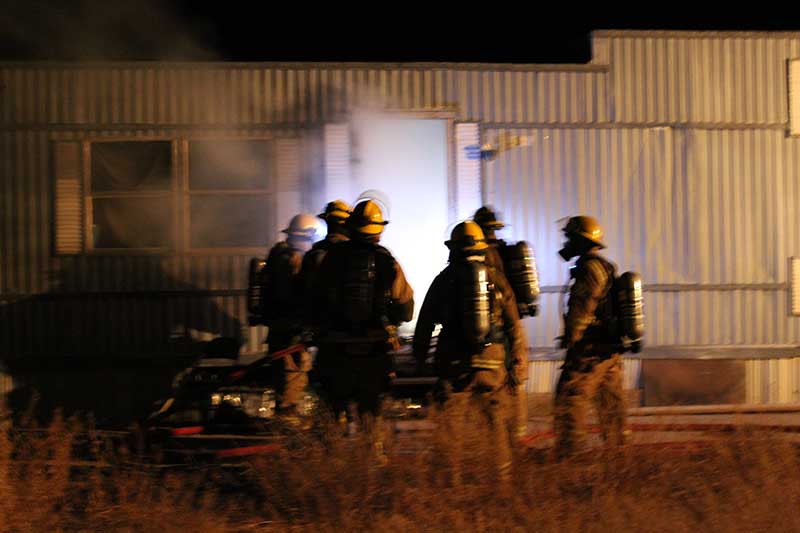 Brooke Curley Photo/Gila Valley Central: Thatcher firefighters crowd around the front door of a home with fake smoke pouring out of the doorway during training Tuesday night.

A volunteer victim waited inside the mobile home for firefighters to rescue her. Tuesday night, the firefighters had to use the thermal imaging camera to help them find the live volunteer victim in a house filled with snares and emergency scenarios.  After roughly two hours of practice and scenarios, the smoke machine was turned off and everyone went home.

Using the TIC to scan at higher levels (roof lines and elevated floors) can help to identify:

TIC use during the 360 degrees can also help identify:

Low scanning can also be of great value when the fire is below grade, windows are low enough to look through from the ground level and when you have the ability to quickly scan into the opening of a forced or unsecured doorway. Proper TIC use when scanning low can help you identify some of the more beneficial and instant indicators, such as: