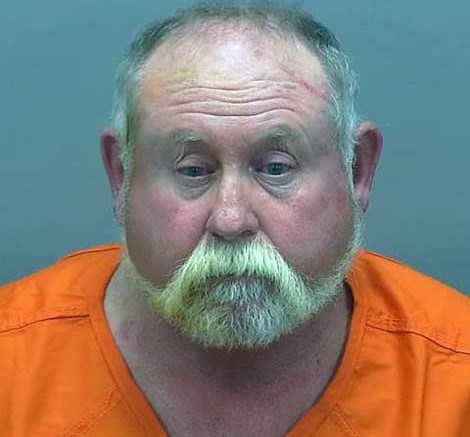 SAFFORD – A man got into a physical altercation with two police officers, who used hand and knee strikes, pepper spray and, finally, a TASER to subdue him. During the melee, one of the officers also was struck by the pepper spray.

On Thursday, Jan. 4, Timothy Lacey was arrested and booked into the Graham County Adult Detention Facility for two counts of aggravated assault on a police officer, resisting arrest, and disorderly conduct/domestic violence.

Officers were dispatched just after 4 p.m. to a residence in the 400 block of E. 8th Street after Lacey allegedly blocked his wife from leaving after she dropped their grandchildren off at the residence. The victim said Lacey had pulled up behind her, blocking her vehicle in and started cursing at her for driving a vehicle he is paying for. She said Lacey also threatened her with bodily harm and was banging on the window telling her to get out of the vehicle.

Upon arrival, officers located Lacey and heard him yelling profanities at his wife, who was sitting in her locked vehicle. Lacey allegedly told the officers that he was mad his wife was driving the vehicle and would not calm down. The officer also noted it appeared that Lacey was possibly intoxicated.

According to Safford Police reports, Lacey continued to yell at his wife against officers orders and then made a move toward the victim. At that point, the first officer attempted to take Lacey into custody by grabbing onto his left arm. Lacey then turned and swung at the officer and missed. The officer returned a punch of his own but also missed. Both officers then attempted to take Lacey to the ground, and he responded by elbowing the second officer in the face, breaking his sunglasses. According to an officer’s statement, his body camera became disconnected at the beginning of the scuffle.

Lacey continued to fight with the officers and attempted to push them both off his back as both officers delivered knee strikes that were ineffective. The first officer then informed Lacey he would be pepper sprayed, but Lacey dodged the spray and it instead struck the second officer in his eyes and mouth and he had to discontinue assisting the first officer.

The first officer then drew his TASER and tased Lacey, after which he was able to handcuff the suspect.

Other officers then arrived at the scene and Lacey was transported to the jail without further incident.