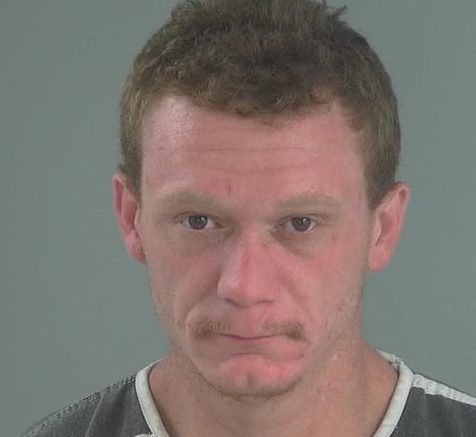 SAFFORD – A Safford man wanted on local charges and a case from Maricopa County was caught between a rock and a hard place June 30, after unsuccessfully eluding a pursuing police officer.

Anthony Marlow Anderson, 27, was apprehended while hiding behind an apartment complex at 1308 S. 1st Ave. after fleeing from an officer. Anderson was booked into the Graham County Jail on his warrants, with additional charges of possession of marijuana and possession of drug paraphernalia to follow.

Anderson was reportedly spotted by the officer at about 5:12 p.m. standing next to the open driver’s side door of a black, Lincoln Navigator at the air station at Circle K on Relation Street and 1st Avenue. The officer confirmed a warrant for Anderson’s arrest and attempted to place him under arrest.

At that time, however, Anderson ran from the officer and hopped a fence into a residential back yard. The officer radioed for backup and pursued Anderson on foot. The officer reported he lost sight of Anderson after the suspect turned east on the north side of the apartment complex, but then located him hiding after noticing a break in the apartments.

Anderson was wanted out of Justice of the Peace District 2 regarding charges of taking the identity of another, false reporting to law enforcement, possession of drug paraphernalia and possession of a prescription-only drug. He was wanted in Maricopa County for a charge of possession of marijuana.

After being taken to the jail, Anderson allegedly advised that he had ingested heroin while running from the officer. He later recanted that statement but allegedly admitted the marijuana found in the vehicle was his. He didn’t say why he needed the syringes.