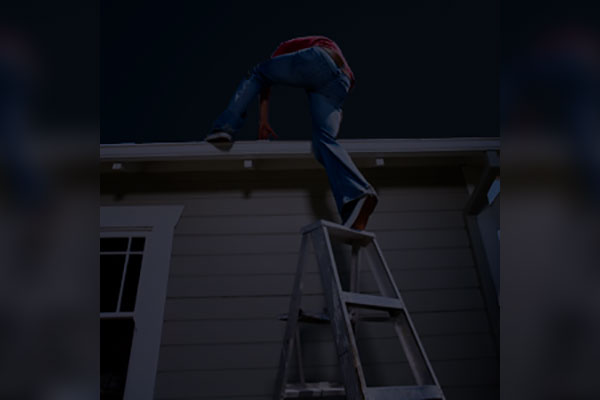 SAFFORD – Around 12:30 am, last Wednesday an officer on patrol around 4th Street and Gila Avenue saw a man quickly jump on a bike and ride quickly down onto 3rd Street. When the officer turned onto 3rd Street, he reportedly heard what sounded like wood banging. He came across a bike laying behind a trash can of a residence and boards propped up against the chain link fence The officer believed the noise he heard was from the boards getting hit.

Additional officers arrived, and a DPS officer drove down the alley which caused dogs to bark, and led the officer to believe the man was still in the residential yard. Officer’s were unable to make contact with the residents and continued to search the yard. When the officer checked the doors to make sure the residence was secure, he saw a wooden ladder leaned up against the roof. The officer looked and found the man lying on the roof which he was ordered to show the officer his hands but did not comply until after being told a third time.  The other officers arrived and one of them made their way onto the roof to detain the man. The officer recognized the man from previous law enforcement contact as Angel Montano.

When asked, Montano reported that he did not know who lived at the residence and did not explain why he ran. Because the police were not able to contact the homeowner in regard to trespassing, Montano was allowed to go, but was informed if the homeowners had answered and wished to pursue charges for trespassing , he would be going to jail. After being un-handcuffed, Montano started to walk away when the officer told him to take his bike. Montano simply responded “I’m good.” When he did not explain why he was not taking the bike, the officer asked him if he stole the bike, but Montano did not answer. Montano left on foot and the bike was secured as abandoned property, was submitted into Property for safekeeping and was listed as potentially stolen. Charges are pending a victim coming forward to report the bike being stolen.