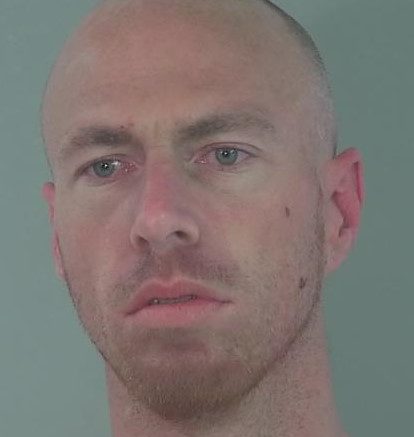 Contributed Photo/Courtesy GCSO: Glenn Agee was booked into the jail on charges of assault/domestic violence and disorderly conduct after allegedly punching his wife during an argument.

SAFFORD – It goes without saying that a man should never lay a hand on their wife (or any other woman), especially when traveling in their mother’s car.

Glenn Agee, 33, of Safford, was arrested and booked into the Graham County Jail on charges of assault/domestic violence and disorderly conduct, after allegedly striking his wife multiple times.

According to a Safford Police report, the victim said she and Agee were being driven by Agee’s mother to the Department of Economic Security building on 8th Avenue when the pair began to argue. She said the argument then turned toward an incident involving an unidentified woman and Agee punched her in her face.

The victim asked Agee’s mother to stop the car so she could exit the vehicle, and she did so near the Graham County Chamber of Commerce on U.S. Highway 70.

Agee followed her upon leaving the vehicle, however, and the pair continued to argue, culminating with another punch from Agee to the victim’s head area, according to her statements to police.

The victim then said she was going to the police department and Agee returned to his mother’s vehicle.

At the police department, the victim relayed her story to an officer and other units pulled over Agee’s mother’s vehicle. At that time, Agee denied striking his wife and said he was only hugging her, according to the report.

However, an employee at the Graham County Chamber of Commerce witness the argument and said she also saw Agee punch the victim in her head.

At that point, Agee was taken into custody and transported to the jail.