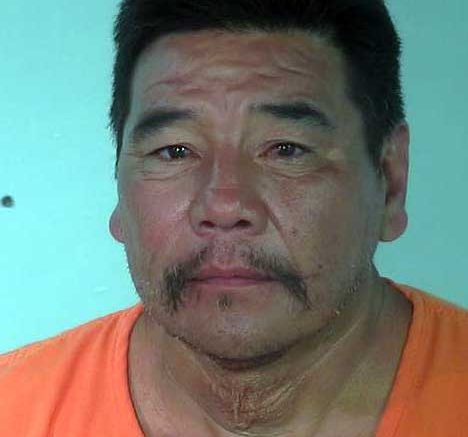 Commits same act just one day out of jail

SAFFORD – For the second time in a week, Robert Hinton, 47, was arrested for allegedly assaulting his girlfriend just one day after being released from jail for the same offense.

On April 6, officers were dispatched at 4:44 p.m. to the alley behind the Windsong Building at 1124 W. Thatcher Blvd. regarding a man assaulting a woman.

Upon arrival, officers located Hinton apparently attempting to hold back his girlfriend as she attempted to walk away from him.

According to a witness, Hinton and his girlfriend had been verbally arguing when he struck her in the head and knocked her to the ground. On March 30, Hinton was arrested and charged with assault/domestic violence and criminal trespassing after allegedly putting the same girlfriend in a chokehold and then pushing her up against the side of a wall. At that time, the girlfriend acknowledged that Hinton had struck her in her left eye causing bruising but that she didn’t want to press charges. Hinton was arrested anyway and booked into the jail.

He was released from jail April 5 and was accused of striking his girlfriend the very next day. The girlfriend corroborated the witness’ account of events and said Hinton hit her in her head and knocked her to the ground.

Hinton, who allegedly was confrontational and belligerent to the officers, was then arrested and booked into the Graham County Jail on charges of assault/domestic violence and disorderly conduct/domestic violence.