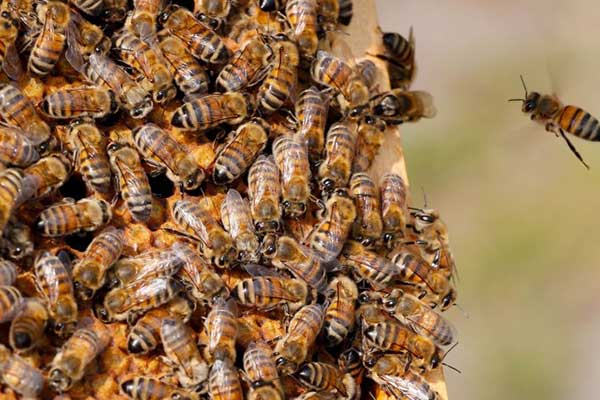 On Friday August 9, 2019 at approximately 2:35 pm, the Cochise County Sheriff’s Office was advised of medical emergency involving a bee attack.

The Cochise County Sheriff’s Office received information that a 73 year old male and a 43 year old man were stung by bees and the older male is allergic.

Sheriffs Deputies made contact with a vehicle near San Simon traveling at a high rate of speed and made contact with the driver. The driver advised that his father was in the back seat and had been stung multiple times by bees and he was allergic to bee stings.

A Sheriff’s Deputy made contact with a man in the rear seat, while getting stung himself after opening the door of the vehicle. The man appeared to be unresponsive and CPR was attempted. The bees inside of the vehicle made efforts impossible and the driver was instructed to roll down the windows and follow the deputy a short distance to a location to meet with the medical personnel from San Simon Fire Department.

Once the location was reached to meet medical personnel, the Deputy again made contact with the man from the back seat of the vehicle and resumed resuscitation efforts until medical personnel arrived on scene.

The 73 year old male from Duncan, Arizona died as a result of this incident and his 43 year old son from Animas, New Mexico and a second male subject were transported to the San Simon Fire Department for continued care and were reportedly airlifted to a Tucson hospital for further treatment. The Deputy also received treatment for multiple bee stings received during the event.

This incident occurred near Atkins Farm Road where the group was working on cleaning up scrap piles when they encountered the bees that swarmed and began to attack.

The investigation is being continued by the Cochise County Sheriff’s Office.