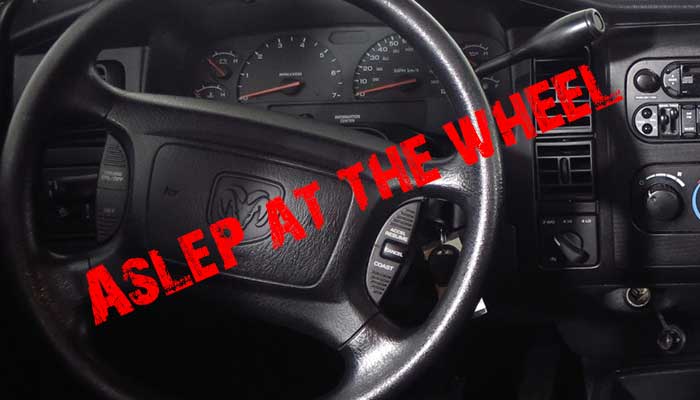 Safford officers were dispatched to the Giant on 8th Avenue and 8th Street in Safford at approximately 12:30 a.m. last Thursday in reference to a man who was apparently passed out in his truck. One of the store employees called authorities after she was unable to wake the man or his passenger. The black dodge pickup was not parked in a parking space, but was out in the parking lot, not against any curb. The reporting party told police that the truck had been there for 20 to 25 minutes. She said that she first thought the driver was on the phone but a customer came in and told her that the driver was passed out. The store clerk apparently went out and banged on the window for about 5 minutes and neither the driver nor the passenger would respond so she called police.

The officer approached the truck and knocked on the window but got no response. She could see that the driver was breathing. The driver would open his eyes and then immediately close them. The officer shined her flashlight in his eyes to get his attention, but the driver still did not respond. After knocking on the window and the truck about 15 to 20 times, the driver woke up. He then started pressing the gas pedal, revving up the engine. The officer was able to get the man to roll down the window. She unlocked the door and opened it and as she did, the driver reached for the gear shift. The officer was able to reach in and turn off the vehicle before the man got it out of park.

The driver then asked the officer if he could turn on the “3B.” He was apparently mumbling and the officer could not understand what he was saying so she asked him what “3B” was. The replied, “his cousin.”

There was an odor of alcohol emanating from the vehicle and the driver’s eyes were reportedly bloodshot and watery. When asked for his ID, the driver, later identified as Lorenzo Contreras, opened his wallet and tried to hand the officer some kind of card. He then tried to present his Discover card and Auto Zone card.

As the officer was talking with Contreras, he reached toward the ignition and tried to start his truck with his finger. The officer told him that she had the key. When asked what his passenger’s name was he said, “Feb 1st.” Contreras was asked the name of his passenger three more times and each time he said, “Feb 1st, 93.” When asked how much he had to drink, he replied, “Feb 1st, 93.” The officer asked the question two more times with the same response. When asked the question a fourth time, Contreras said, “at least a month.”

Contreras was asked to step out of the vehicle to take a sobriety test. He was so unsteady on his feet that he could not complete the tasks. He was placed under arrest for DUI and taken to the Safford Police Department for a blood draw. Another officer stayed with the vehicle and passenger until someone came to pick them up.

Contreras was taken home and released. Charges are pending the results of the blood draw.