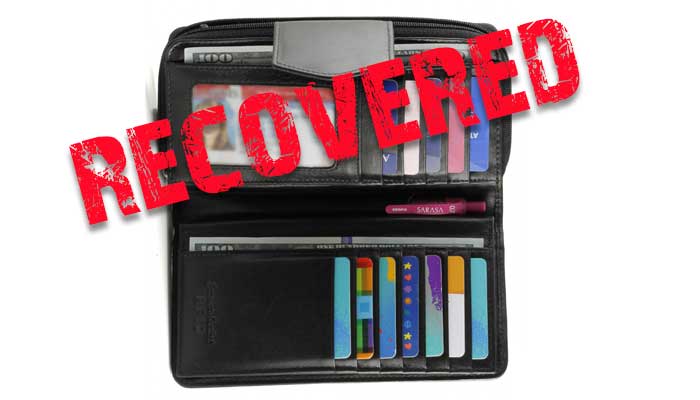 Not the actual wallet

SAFFORD – Last Wednesday around 5:20 pm, a woman visiting family from out of state called police when she discovered her wallet was missing. She had accidentally left it at a restaurant and when she went back for it, the wallet was gone. The woman reported to authorities her concern about being from out of state and that she was supposed to fly home the following day, but would not be able to fly without her ID.

The woman then reported the card was currently at a house. The officer had the woman get in the patrol car to drive to the house, however, on the way the woman asked the officer to pull over. The woman then reported the wallet was in her backpack and she had taken the $3.00 inside and used the card to buy a candy bar. The officer drove back to the convenience store and was able to return the wallet to the owner with everything inside except the cash. The victim stated she would not press charges.