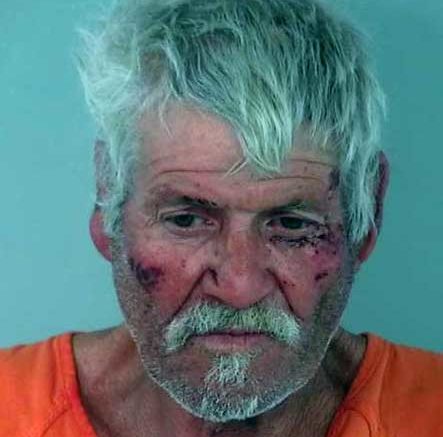 Contributed Photo/Courtesy GCSO: Ray Carpio was booked into the jail for trespassing and resisting arrest.

SAFFORD – A man who goaded officers into arresting him got what he wanted.

Ray Rojas Carpio, 60, was arrested and booked into the Graham County Jail on Monday, Nov. 13, for trespassing at Firth Park and resisting arrest.

Officers initially responded to the park at about 11:05 p.m. for a report of several subjects fighting. Firth Park is closed at 10 p.m., and anyone there after hours is subject to being charged with trespassing.

Upon arrival, officers made contact with a  group of people near the park’s restrooms. Carpio allegedly then attempted to pick a fight with the officers.

An officer then informed Carpio he was under arrest and Carpio hopped on his bicycle and told the officers to try and catch him, which they did.

An officer pulled Carpio off his bicycle and took him to the ground as Carpio resisted being taken into custody, according to a Safford Police report. During the interaction, Carpio received abrasions and a laceration to his face.

After the jail refused to admit him without medical clearance, Carpio was taken to the Mt. Graham Regional Medical Center. Along the way, he allegedly threatened to kill all of the officers in Safford.

Carpio then refused treatment for his laceration at the hospital and was brought back and booked into the jail.