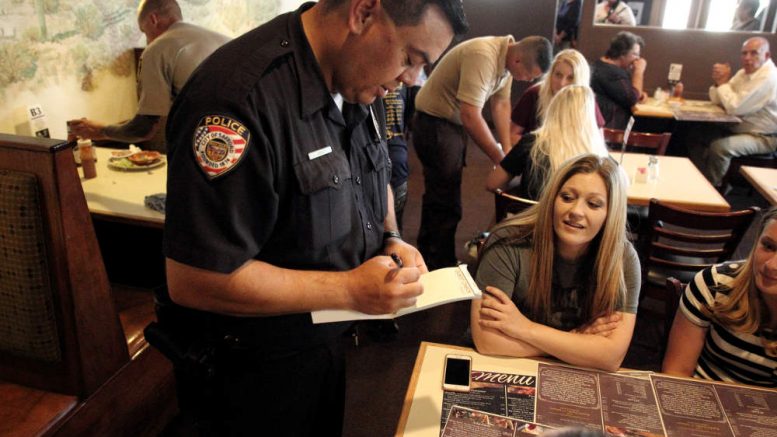 SAFFORD – “Protect and serve” is a standard law enforcement motto, and Friday local law enforcement and corrections officers practiced a different kind of service at the Tip-A-Cop hosted by El Charro.

David Adams is a parole officer when he isn’t waiting tables. He started running the area fundraising two years ago and has since come to enjoy it. Adams oversees the three Special Olympics fundraisers in the area, including the T-shirt sale held earlier in the year and the upcoming Torch Run on May 1. 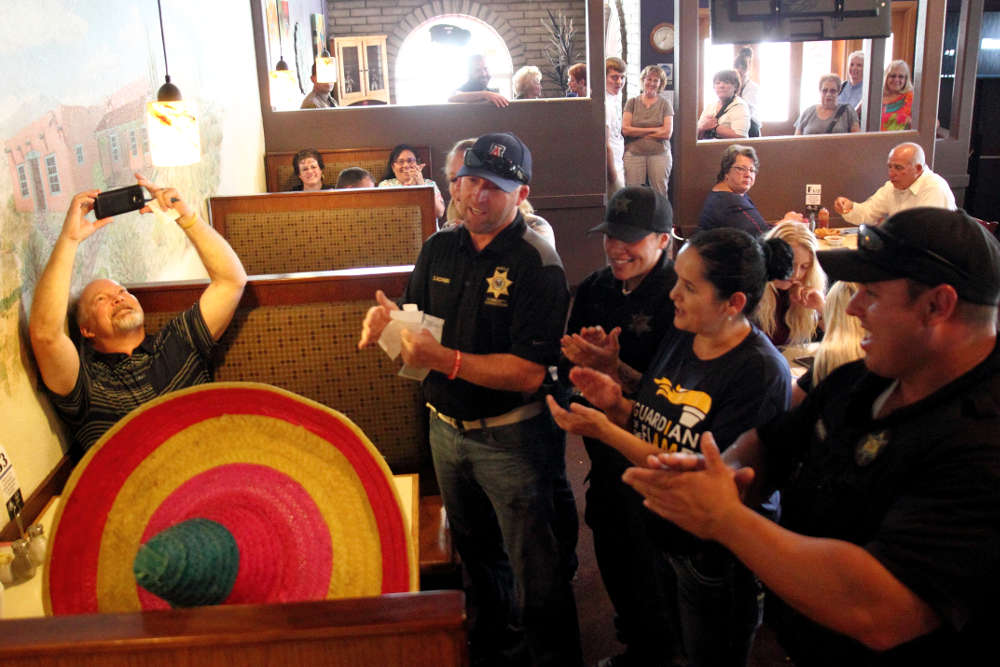 Adams uses his professional connections to encourage law enforcement and corrections staff to volunteer. Without the fundraisers, the Monument Area Special Olympics would lose multiple events, including bowling and swimming.

Adams hoped to earn $3,000. At lunch time, not including tips from credit cards, Adams estimated they had earned around $1,500. Customers filled the restaurant to maximum capacity three times during the lunch shift. Adams said people left large tips. 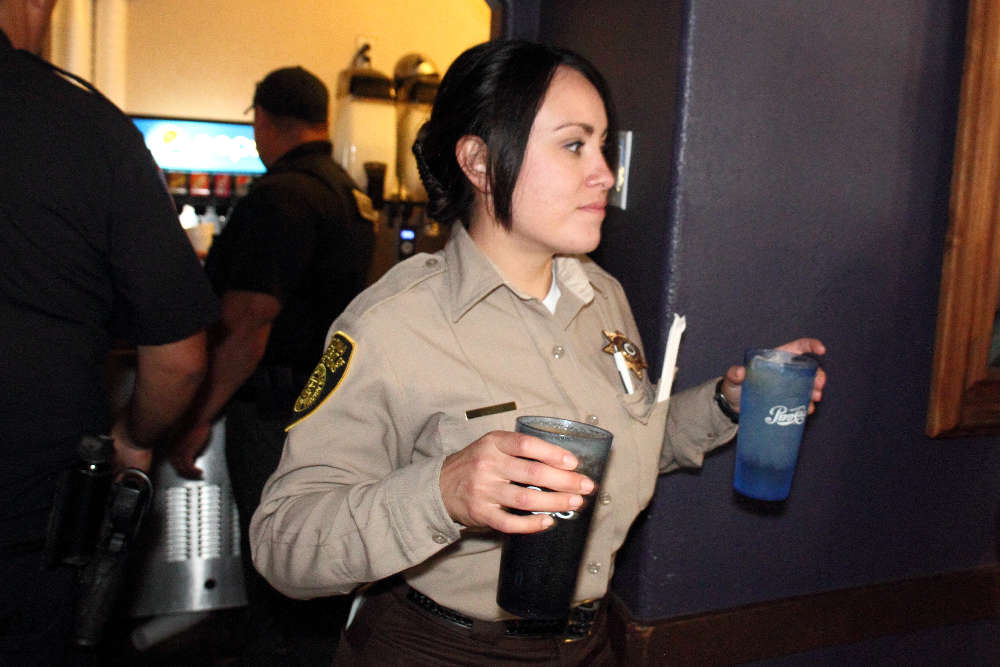 Most customers seemed surprised to see the unusual wait staff. Brad Bigler and his family were celebrating his 37th birthday. Bigler said the service was good and he would attend a restaurant that regularly staffed officers – as long as they had someone else cook.

“It was unique,” Bigler said.

Safford Police Sergeant Jason Dolan said the event was a good opportunity to serve the community and show people a different side of local corrections and law enforcement. The officer’s parents owned El Charro until a few years ago, and he grew up working in the restaurant. Nevertheless, Dolan reassured several customers that he was definitely not doing any cooking.

“This is hard work,” Dolan said. “I really appreciate the staff for their support.” 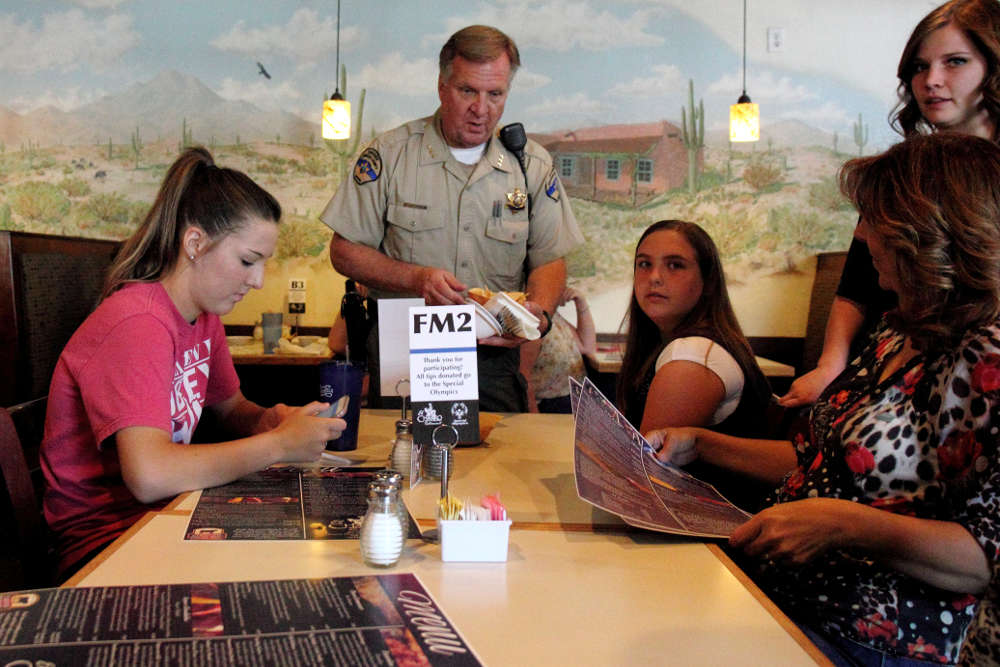 Customer Malyn Sexton enjoyed her lunch and said she would support a law-enforcement-run restaurant.

“It was actually pretty good, for cops,” Sexton said.

Wanda Pease and her family enjoyed their meal, and said they had fun. Pease said the officers were good servers.

“They did fantastic,” Pease said. “They ought to just keep them on.” 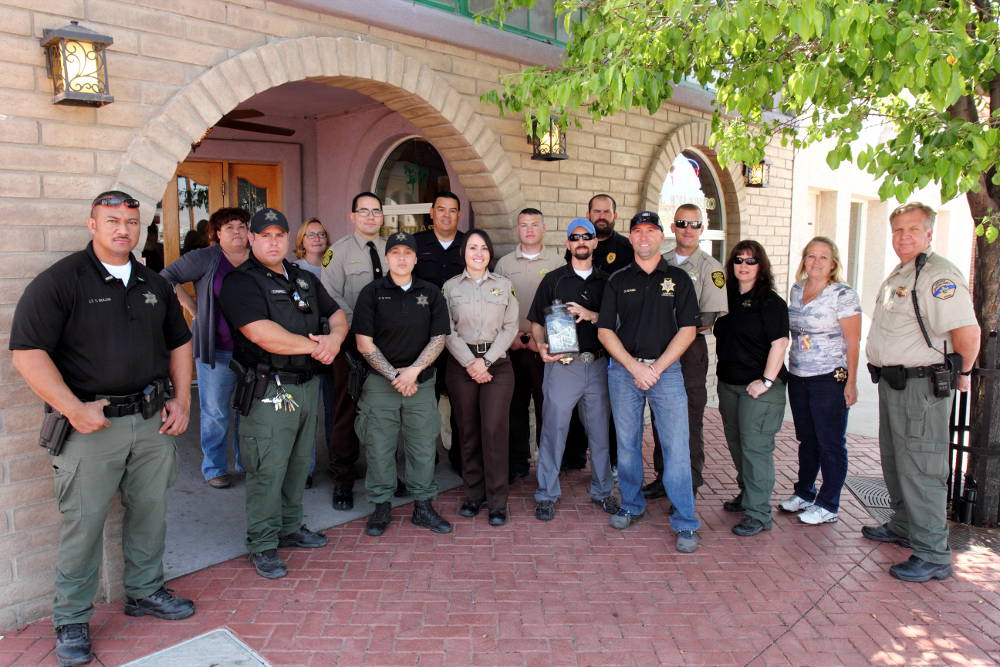 Agencies that participated included the Graham County Sheriff’s Office, the Safford and Pima Police departments and the Arizona State Prison Complex-Safford. Adams said the owners of El Charro enjoy hosting the event and asked him multiple times during the last year when the next Tip-A-Cop would occur.