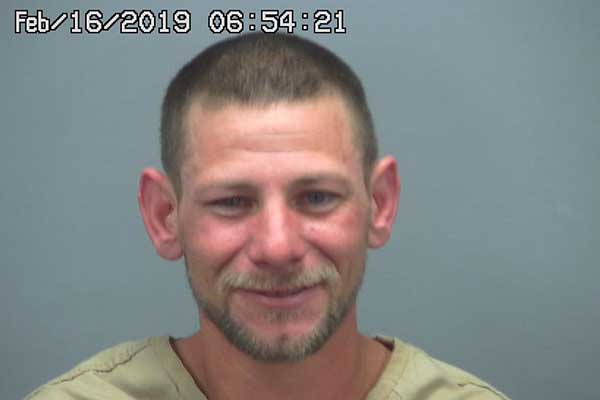 Safford police officers were dispatched to a local bar Saturday night in response to a man who was intoxicated and threatening to shoot people. It was not known whether the man actually had a firearm. Responding officers were given the description of a white male wearing jeans and a grey t-shirt.

Donovan was a few feet from the officer and continuing to advance so the officer deployed his taser probes into Donovan’s abdomen. The taser effectively dropped Donovan to the ground. After deploying the taser for 5 seconds the officer commanded Donovan to roll over onto his stomach but he didn’t comply. Because Donovan had threatened to shoot the officer, he kept the taser probes connected to Donovan while he and another officer handcuffed him. When asked if he had any weapons, Donovan motioned to a vehicle nearby and said he had some in his car.

According to the police report, Donovan began talking about a group inside the bar called the Huns who had insulted his deceased father. He said that several people made comments about his father that upset him. He told authorities that he had an arsenal of weapons in his car and he wanted to make sure they were not stolen by the Huns. When asked why he had guns in his car he said that it was better than leaving them at home.

Donovan denied ever threatening to shoot anyone in the bar but he had apparently told people that he had guns in his car. Witnesses said that Donovan was extremely intoxicated and when he was refused service he began yelling and banging on the bar and was told to leave. Donovan remained on the property and when the bar personnel said they would call a cab for him he said he would “kill the other taxi driver that had problems with his father previously.”

Donovan was reportedly uncooperative at the jail and refused to provide a breath sample to determine his intoxication level. He was then transported to Mount Graham Regional Medical Center where he was cleared to be booked into jail.

He was booked into the jail for intimidation and disorderly conduct.