SAFFORD – An officer arrested a Safford man Sunday after he allegedly reacted violently when his father refused to give him money.

John Cordova, 33, was arrested and booked into the Graham County Jail on charges of disorderly conduct and criminal damage, both under the domestic violence designation. October is domestic violence awareness month.

According to a Safford Police report, Cordova, who lives with his father at a residence in the 900 block of West 8th Street, came home and asked his father for some money. When his father refused, Cordova allegedly punched two holes in the wall of his bedroom and threw a television on the ground. Cordova then left the area. 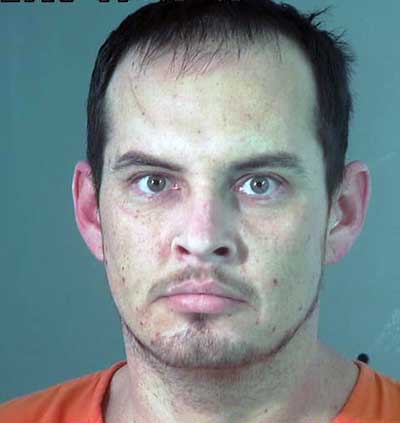 An officer was dispatched to the residence after the incident at about 6:32 p.m. and spoke with Cordova’s aunt, who translated the victim’s report to the officer because he is hard of hearing and is more comfortable speaking in his native Spanish tongue.

While at the scene, the officer noted a couple of holes in the drywall that appeared to be consistent with someone punching the wall and that a television was laying damaged on the floor.

The officer then issued an attempt to locate Cordova and left the residence.

The officer was called back to the residence at about 9:40 p.m. after the aunt called the County Dispatch and alerted that Cordova had returned.

Upon arrival, the officer placed Cordova in handcuffs and arrested him.

Cordova allegedly denied punching the wall and said the holes had been there for years. He admitted to damaging the television, but said he accidentally knocked it off the table.

Cordova proclaimed his innocence to the officer and said his father was “crazy.” He also said his neighbors witnessed the incident and would corroborate his version of events. The officer did note that he did not see any sign of injury to Cordova’s hands.

The officer spoke with the neighbors, however, who said the hadn’t seen any part of the alleged incident. Cordova was then transported to the jail.

Intoxicated man cited for trespassing and disorderly conduct at motel