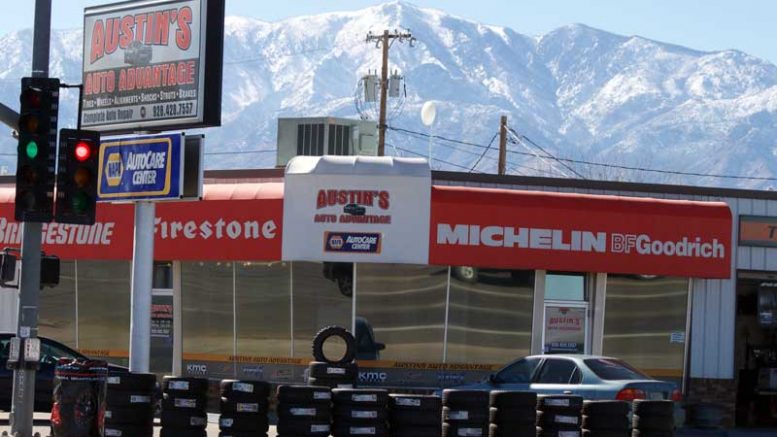 Jon Johnson Photo/Gila Valley Central: A former employee of Austin's Auto Advantage was given a criminal damage citation for breaking a window at the business.

SAFFORD – A disgruntled former employee of Austin’s Auto Advantage was given a citation for criminal damage Jan. 20 after video surveillance supposedly caught him damaging the store’s window.

On Jan. 19, officers were dispatched at about 10:28 p.m. to the store at 801 W. Thatcher Blvd. (the southwest corner of the intersection of 8th Avenue and U.S. Highway 70) regarding damage to one of the business’ 8-foot by 10-foot glass windows. The window had a circular hole as if something from the outside had struck it. This was the second recent instance the building’s windows had been damaged.The glass window was valued at $900. 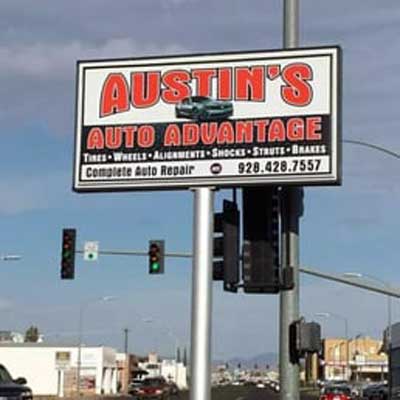 The owner of the business showed the officers surveillance footage of a  tan Chevrolet truck northbound on 8th Avenue that stopped at the traffic light at U.S. Highway 70. The business’ alarm sounded at the same time the truck was in the vicinity, and the owner believed the breakage caused the alarm to alert. He also identified the truck as being owned by a former employee, Jared Carpenter.

A manager also identified the truck as Carpenter’s and showed the officers a text message from Carpenter indicating revenge against the owner of the business.

The officer contacted Carpenter by cell phone and he agreed to meet at the Safford Police Department. At about 12:36 a.m., the officer informed Carpenter that he was seen on video damaging the window.

Carpenter allegedly admitted to throwing the ceramic off a broken spark plug at the window. He said he is angry at the owner of Austin’s Auto Advantage and accused the owner of stealing his tools when he worked there. He denied being involved with any previous window damage.

The officer gave Carpenter a citation for criminal damage and Carpenter said he would not do anything like that in the future.

On Jan. 24, the owner of the auto shop handed over a BB that he said was found inside the shop’s lobby and is thought to have caused the window damage. He also advised that a sign of his was also damaged and believed Carpenter had done that on the same night the window was broken.