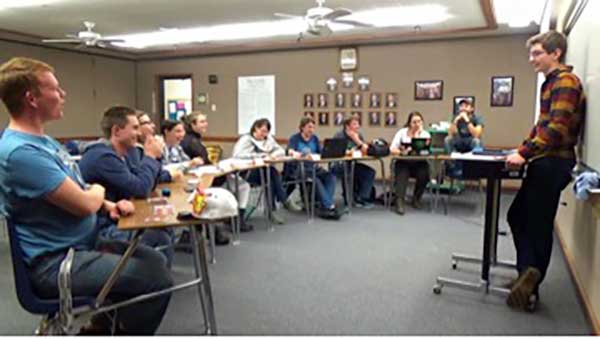 Since the birth of Dungeons and Dragons back in 1974, role-playing tabletop gaming has grown into a vital aspect of the gaming community, bringing players together for unforgettable, jaw-dropping adventures. Created by Hirinjay Games, a new face in role-playing tabletop games has now emerged: Lore. Brian Weissen, the brain power and driving force behind both the company and game had this to say in describing the essence of game: “Lore, at its most basic, is an imagination game created by a conglomeration of separate and distinct minds. Lore is a game where people can enjoy and interact with the imagination of other people, but without the need of a digital screen. Lore is a game without modern technology, though technology can certainly be used to augment some of its features. But at its core, all you need to play the game is your mind and a way to communicate.”

Lore officially sprang to life in August of 2016 and held regular games in the Institute of Religion on the campus of Eastern Arizona College. It soon grew in popularity, drawing in new players week after week. Its structure revolves around a Storyteller, who directs and plans certain aspects of the game. Players are then invited to test and expand their imagination as they interact with both each other and the Storyteller as they expand the story world and its non-playable characters. While some games are still held at the Institue of Religion, Hirinjay Games plans to add on an online feature where players can connect with a Storyteller as well as other players remotely in the near future. However, their expansion will not stop with online gaming. Hirinjay Games also intends to extend far beyond the gaming community. “Hirinjay Games has bigger plans for Lore than simply as an alternative form of gaming. However, Lore, being the system developed with Storyteller involvement and player interaction, has great potential as a learning tool to assist children in exercising their problem-solving skills and creativity. We believe that creativity and imagination are critical components of society and that they are the driving force behind all innovation. Lore is a system, not just a game experience. We believe that through this and the other tools we develop, we will be able to find strong, creative, and imaginative thinkers and provide them with outlets through which they can achieve greatness and monumental innovation. Our goal is to strengthen the creative mind of the human family and develop stronger ties to our fellow men.”

For more information on how you can join in, contact Hirinjay Games at HirinjayGames@gmail.com. Recordings of previous sessions can be found on Hirinjay Game’s YouTube channel and can be followed on both Twitter and Facebook.