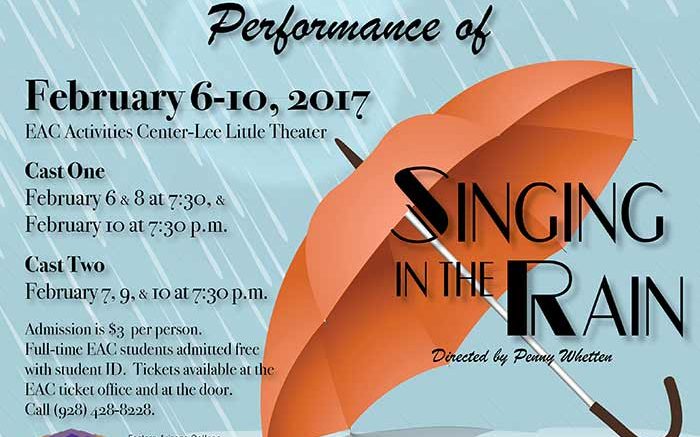 Admission to the play is $3 per person. Full-time EAC students are admitted free with their student ID. Tickets are available at the EAC Ticket Office at (928) 428-8228 and at the door.

If your child is interested in participating in an upcoming Children’s or Youth Theatre performance, contact the director, Penny Whetten, at (928) 428-7922.