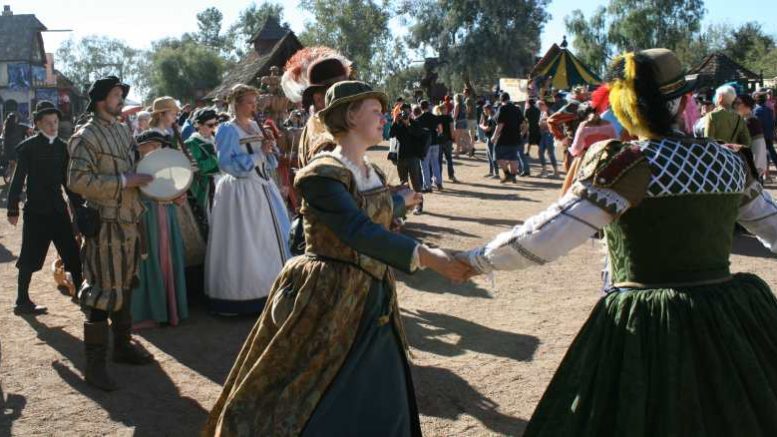 Contributed Photo/ Courtesy of Tye Wright: The Danseries perform at the front gates right after opening cannon every year at the Arizona Renaissance Festival.

GOLD CANYON- After performing at the Renaissance Festival for 28 years, the local historical dance troupe, the Danseries, are still performing and are looking better and better. 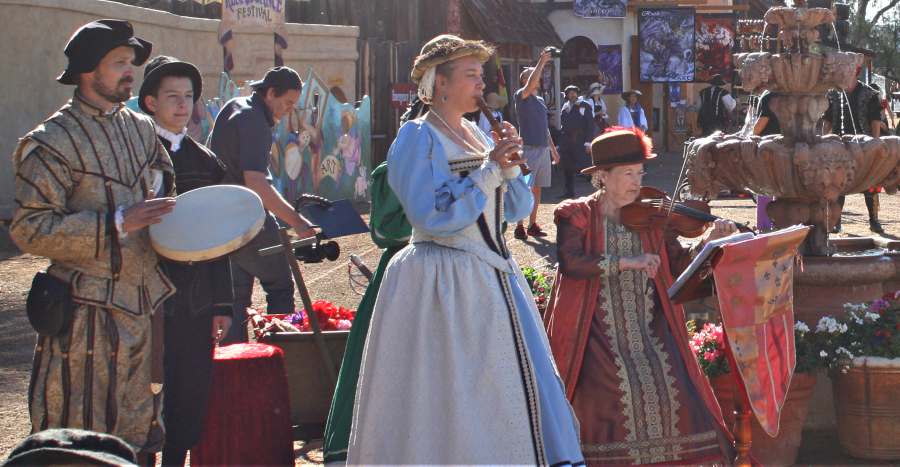 With the coming of a new performance season, the Danseries are now sporting a grand total of 11 new costumes. Each costume is handmade and requires anywhere from 6-12 hours of work by an accomplished seamstress. The women’s costumes contain at least ten yards of material each, and may include a bum roll, chemise, and a hoop skirt. 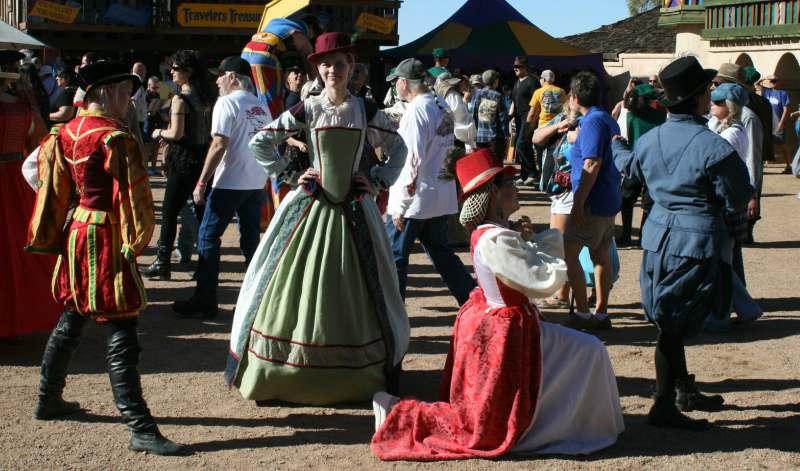 Contributed Photo/ Courtesy of Tye Wright: Danseries line up and freeze in position during the dance named, “Montard.”

Apart from the costumes, the Danseries will also be slightly changing the focus on their dances this year. In years past, the troupe has often relied on the simpler English dances, such as large round dances and simple couple dances. However, this year, the group is taking on the more intricate dances that belonged to the Italian courts of the Renaissance.

“We’ll still be doing some of the English dancing but we’re learning a lot of new Italian dances because they are a little more complicated in pattern and steps,” Curtis said. “It’s the patterns of the dances that are more complicated and the steps are more complicated. In the English dances you do singles and doubles and the Italian dances you do a lot more steps. Vercepe is a three men and two women dance, which is different from the regular partner dances. Gratsiosa is a four-person dance, and Gelosia is a three couple dance about making your partner jealous.” 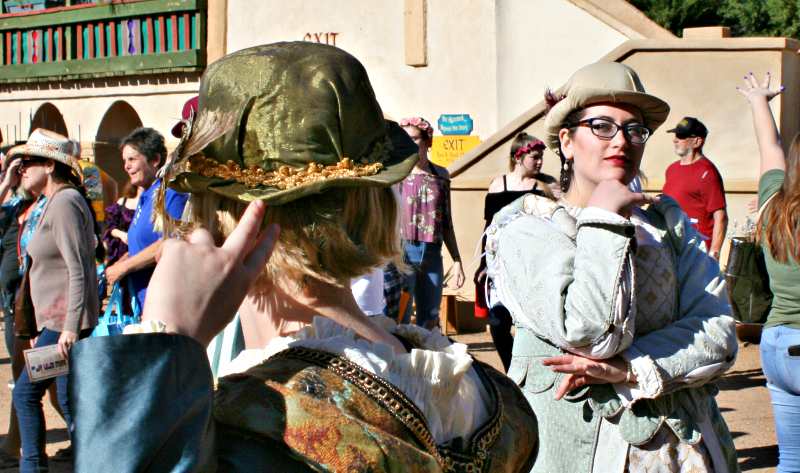 Aside from the new outfits, new dance troupe participants, and new young musicians in training, Curtis also proudly stated that the Danseries will be bringing in another year with a new pavilion.  If you are in the mood for turkey legs, jousting, dancing and music, be sure to visit the Danseries and the other performers and trades. In costume and dancing rain or shine, the Gila Valley-based Danseries are always willing to show you the latest Renaissance dances. The Festival is open Saturdays, Sundays and Presidents’ Day Monday, from February 10th to April 1st, 2018. Festival hours are 10:00 AM until 6:00 PM. 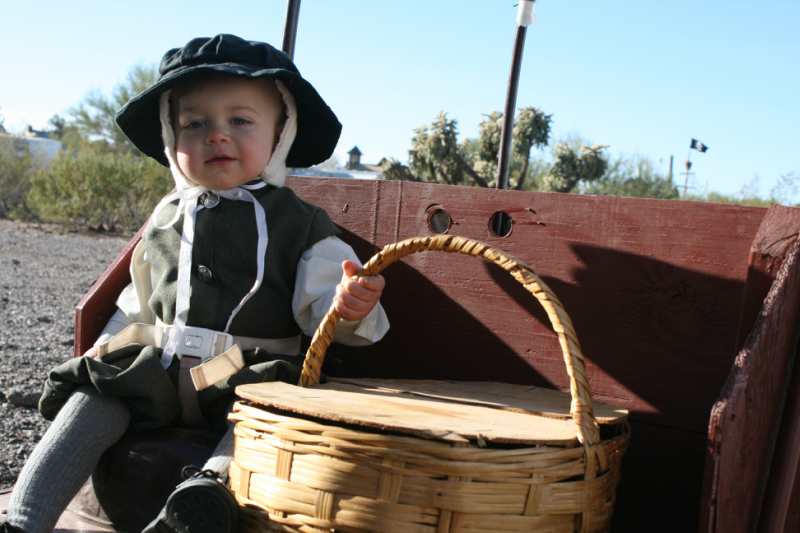 Contributed Photo/ Courtesy of Tye Wright: The youngest Danserie awaits to depart for the fair while sitting in his very own wagon.