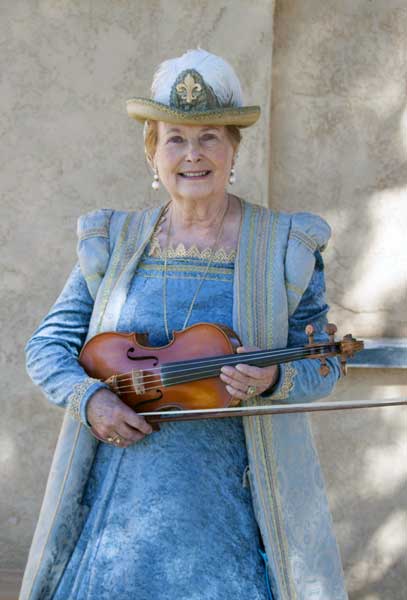 Jon Johnson File Photo/Gila Valley Central: Gayla Curtis is in her 28th year of leading the Danseries in performing at the Arizona Renaissance Festival.

GOLD CANYON – There are still a couple weekends left of this year’s Arizona renaissance festival, and if you do get to visit you might see several familiar faces.

Marci Barney, of Pima, performs as a dancer and musician in the troupe. Barney told Gila Valley Central that she finds performing with the Danseries fulfilling.

“I like to be a part of the Danseries because of the challenge of learning to play the music and learning the dances and staying active,” Barney said. “I enjoy creating the costumes, being creative, helping others be creative (and) seeing our class come together and get excited when we finally get a dance down when it starts clicking (and) the camaraderie that we share in learning and performing.”

Barney said her favorite dances include the slower more graceful dances, as well as some of the round dances which are simpler.

“Some of the dances are very similar to each other and repetitive, which can be boring at times,” Barney said. “These have aspects that are different, require you to pay attention and think about where you’re at. They have intricacies in the formations and when done well and appropriately are very beautiful and graceful.”

Gary Clement, who has been dancing with the troupe for more than a decade, is a Willcox resident and owns the Historical Wilcox Theater. Clement said he enjoys the family atmosphere of the group and treats the festival as a family gathering and activity to return to each year.

“I love the fact that the Danseries are more than just a dancing troupe,” Clement said. “We are more like family.  I enjoy the fact that I get to see and spend time with people I like and do not get to see very often.  We also like that it’s a family activity that my family participates in.  Coming back each year is like coming home to family.”

Brooke Curley Photo/Gila Valley Central: Even the younger Danseries players pitch in and perform, learning the historically-accurate dances of the Renaissance.

Thatcher resident Hannah Keir performs as a musician and dancer in the troupe. Although Keir is a single mom and owns her own massage therapy business, she has also performed with the Danseries for more than a decade. Keir said she enjoys the chances to perform and create, which the festival provides.

“It gives me a creative outlet for playing music and dancing,” Keir said.  “I love playing historical music, and the dancing is very easy.”

The last weekend of the festival is the first weekend of April, so if you are in the mood for turkey legs, jousting, dancing and music, be sure to visit the Danseries and the other performers and trades. In costume and dancing rain or shine, the Gila Valley-based Danseries are always willing to show you the latest Renaissance dances. 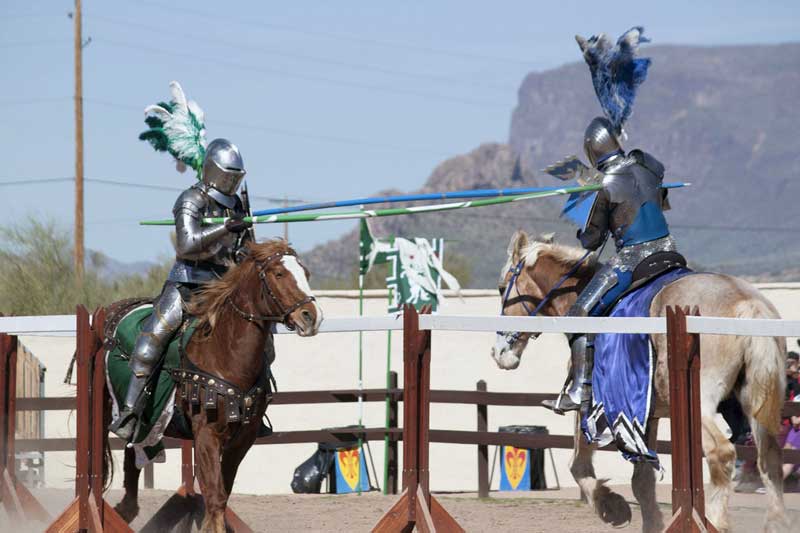 Jon Johnson File Photo/Gila Valley Central: Knights joust at the conclusion of the day’s events at the Arizona Renaissance Festival.