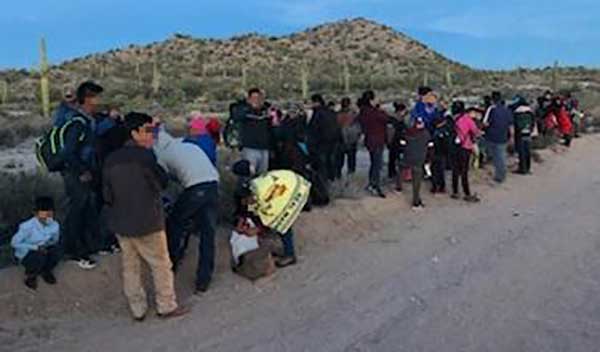 Agents encountered 80 men, women and children on Sunday evening after the group illegally entered the country west of the Lukeville Port of Entry. The group consisted largely of Guatemalan nationals.

Overnight, Ajo agents encountered two other large groups, one consisting of 113 and another with 49 family unit members from Central America.

All persons within the groups were found to be in good health and were transported to the Ajo Border Patrol Station for processing.