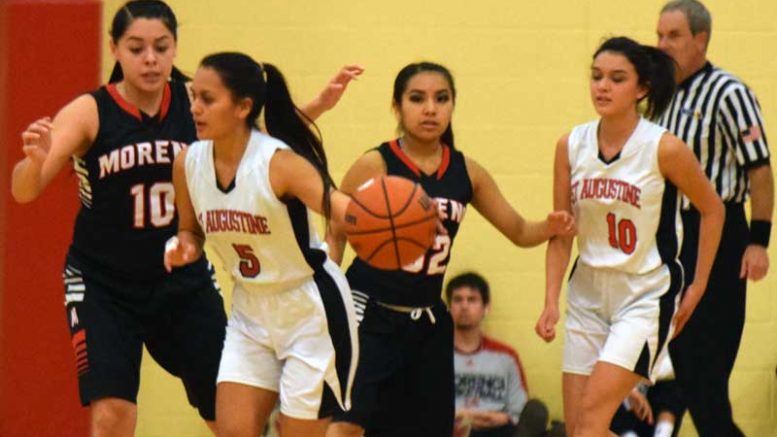 The Steve Chavez-coached Morenci Lady Wildcats returned from Tucson with an 84-14 win over the Saint Augustine Catholic Lady Wolves on Jan. 19.

It was the highest offensive output of the season for the Wildcats, who did not run up the score. The starters played only half the game and the entire roster received court time with 10 of 12 scoring. The Wildcats have scored 50 or more points eight previous times.

The Wolves have scored 14 points or more only five other times, with 26 as the season high. Injuries and defections have decimated the Wolves with only two juniors, three sophomores and a freshman still listed on the team roster. That did not mean the will to succeed or effort was not present. They did what they could with what they had. Distinct offensive patterns and notable defensive plays were executed.

The Wildcats led 12-0 before the Wolves’ quintet scored its initial basket nearly mid-way through the opening period. It was the second half before the Wolves reached double figures. Morenci led 24-4 after the first period, 44-9 at halftime and 66-11 heading into the final period.

Recharged Wildcats outscore Tigers in second half for win