SAFFORD – One man was arrested for shoplifting and arson early Monday morning while another is on the lam. 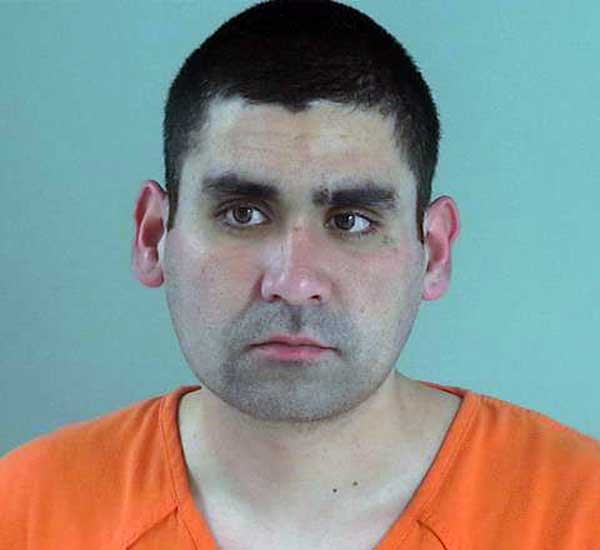 Contributed Photo/Courtesy GCSO: Joseph Villescas was booked into the jail on charges of shoplifting and arson.

Joseph Villescas, 24, was booked into the Graham County Jail after authorities believed he stole firewood from Circle K at 1123 W. Thatcher Blvd. and started a fire against a ramada pillar at Firth Park. A second suspect, identified as Jacob Romero, fled from the scene and was not located.

Authorities were dispatched to the Circle K at about 3:37 a.m. when an employee reported a customer had stolen wood and started a fire at Firth Park.

Officers responded to the area and located two subjects near a fire in Firth Park under a ramada near the American Legion building. Upon arrival, the subjects attempted to flee and Romero, who was identified by officers, got away while Villescas was captured and subdued.

Villescas appeared under the influence of alcohol and allegedly admitted to consuming two 40-ounce beers he had procured from a different Circle K earlier. He then admitted to stealing the firewood and said he realized it was a bad idea when the wall separating the park from the American Legion started to burn but he was too tired and drunk to extinguish it.

Villescas was then taken to jail. Officers continue to be on the lookout for Romero.