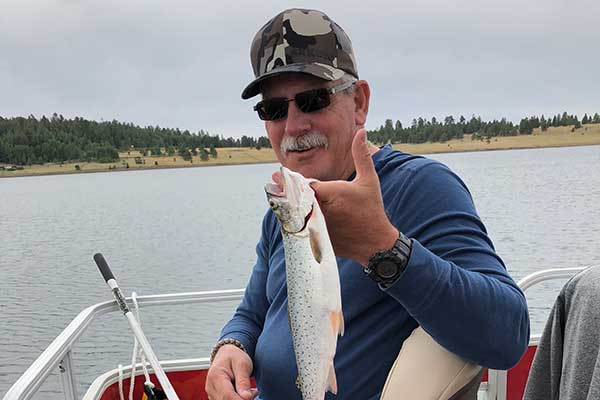 John Robert Zimmermann, 64, of Safford, Arizona gained his wings on December 26, 2020, at the Mount Graham Regional Medical Center. His body succumbed to the Covid-19 Virus.

John was a simple man that made a big impact. He loved his family, his dogs, hunting, fishing in God’s Country, and being a Safety Inspector. He was an amazing son, brother, husband, uncle, dad and his most proud title, Papa.

He was preceded in death by: his parents, Bob and Evelyn Zimmermann of Sun City, AZ.

He is survived by: his wife, Willa Zimmermann, who he spent 46 blissful years with (his words); his son, Dr. Christopher Zimmermann (Amber) of Tucson; his daughter, Shannon Herrera (David) of Morenci; his 4 grandsons, Bryden, Aiden, Eastyn and Carson. Also, his sister; Linda Bolles (Tom) of Tucson.

He will be greatly missed but his memories will live on. John did not want any services. His wishes were to be cremated and spread at his most favorite fishing spots.

Thank you for all the prayers, love and light that has been shown to us during this time.