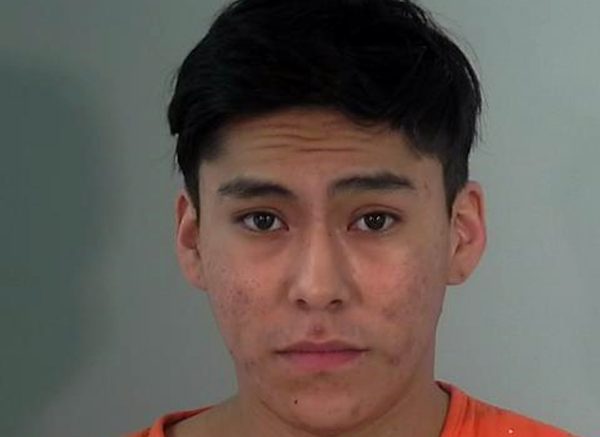 Contributed Photo/Courtesy GCSO: Kimitri Yellowhair was arrested for DUI, possession of marijuana and possession of drug paraphernalia after officers located him passed out in his car in the roadway early Monday morning.

Arrested for DUI and drug charges

SAFFORD – A man who mistook Safford for Mesa was found to be severely inebriated as he passed out in his car after attempting to leave the Giant gas station at 105 E. U.S. Highway 70 early Monday morning.

At about 3:46 a.m., Safford officers received a phone call from a clerk at the gas station informing them of a man who had been passed out in his car in the roadway for several hours.

Upon arrival, officers located a white car blocking the eastbound turn lane from 1st Avenue to U.S. Highway 70. The car appeared to have jumped the curb from the gas station parking lot. A witness confirmed the officer’s suspicion and said he saw the car pull away from a dumpster and run off the curb. The keys were in the ignition, and the vehicle was on but not running.

Inside, officers located Kimitri Yellowhair, who was passed out and obviously intoxicated, according to the officer’s report. Yellowhair was roused and said he thought he was in Mesa when questioned about where he believed he was. After stating he only had a few alcoholic drinks, the officer asked Yellowhair to rate his intoxication level on a scale of zero to 10 and Yellowhair answered, “Mesa.”

A field sobriety test was cut short out of concerns for Yellowhair’s safety, and the suspect took a portable breath test that registered his breath-alcohol level at .224.

After being placed under arrest, officers began a tow inventory of Yellowhair’s vehicle and located two glass pipes with apparent drug residue and a white container that held an amount of marijuana and some marijuana concentrate commonly referred to as “dab.” Yellowhair allegedly admitted to smoking the marijuana and dab in the car.

The vehicle was removed from the scene by Nuttall’s Towing, and Yellowhair was taken to the Mt. Graham Regional Medical Center for a blood draw. He was then booked into the jail because with nowhere to go and nobody to assist him, the officer felt Yellowhair was not safe to release due to his level of intoxication. He was booked into the Graham County Jail on charges of possession of marijuana and possession of drug paraphernalia with DUI charges pending lab test results of his blood.