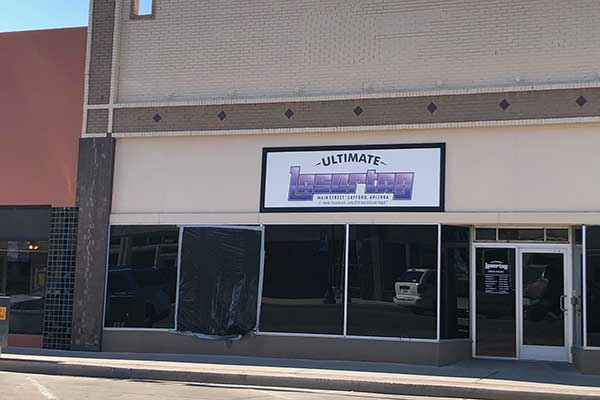 Safford police are investigating damage caused to a building on Main Street in Safford. The incident occurred on Monday, August 12. The reporting party told authorities that he had pulled into a parking space and it appeared that someone had run into the front of the building with their vehicle. Upon inspection, the responding officer noticed that there was damage to the front of the building and tire tracks leading up to the damage.

The City of Safford maintains video cameras on the corner of 6th and Main as well as 5th and Main. The officer contacted the city’s IT department and asked if they could find the incident on surveillance footage.

A short time later the IT department showed the officer a video of a black Nissan Frontier parked in front of Shane’s Place. The driver apparently entered the bar at approximately 11:45 p.m. Because of other cars in the area, it was unclear what time the driver left the bar. The truck stayed there until all the other vehicles left the area. At approximately 2:04 a.m. the vehicle pulled out and turned right on Main Street, heading east. The truck did not have any lights on and was driving very slow, not staying in the lane of travel.

The truck then pulled into a parking space in front of Ultimate Laser Tag and stayed there until about 3:00 a.m. The the truck suddenly lurched forward, jumping the curb and hitting the front of the building. The truck then tried to drive on the sidewalk between the city electric box and the building but could not get through, so it backed up and went back onto the street and drove away eastbound on Main Street.

The truck is described as a black 4-door Nissan Frontier with a male driving. At the time of this report, authorities are looking for the driver.