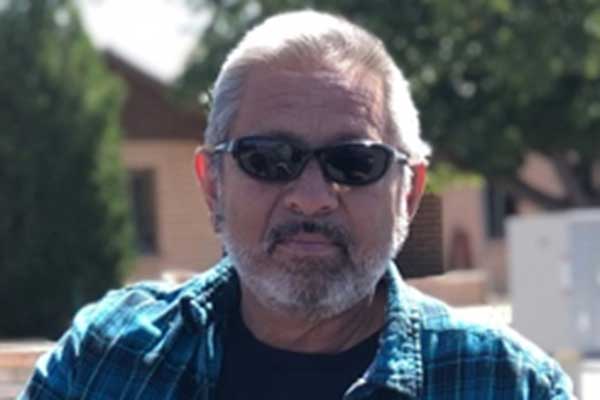 Hector Chavez, a long time resident of the Gila Valley, entered into rest Monday, November 16, 2020, at the Mt. Graham Regional Medical Center. He was 56.

Honoring the Life of Hector Chavez.

The untimely passing of Hector Chavez on Monday, November 16, 2020, in Safford, Arizona has reached the hearts of many. Hector was born in October of 1964 in the city of Ciudad Juárez, Mexico and moved with his parents Guadalupe and Maria Chavez to El Paso, Texas after gaining citizenship.

Hector graduated in May of 1985, married to Blanca Cavazos, and had his beloved daughter in 1988. They moved together to Safford, AZ in 1989. They later gave birth to their son Adrian in 1993.

Hector led a wonderful life living in Safford where he served a full-time career as an automotive-refinish technician and painted many vehicles to original restoration and customization. He won many awards in the automotive industry for beautiful artwork’s he completed.

Hector was a man of many talents, he was trained as an emergency medical technician, an electrician, mechanic, cook, and most of all being a wonderful loving father. He loved spending time with his family cooking, watching movies, listening to music, and teaching his children and grandchildren. Hector is one of the most hard-working people to walk this earth and in his spare time, he shared his passion of riding motorcycles and driving through all-terrain trails. Hector is well-known to many and was always willing to help anyone in need.

He is survived through his parents Guadalupe and Maria Chavez; his brother, Victor Chavez; his son, Adrian Chavez; his daughter, Aileen (Bobby) Maldonado; and his grandchildren, Gabriel and Marisela Maldonado.

The treasured memories of Hector will live on in our hearts forever. He was a friend, a father, and a provider.

Private family graveside services will be conducted in the San Jose Cemetery.