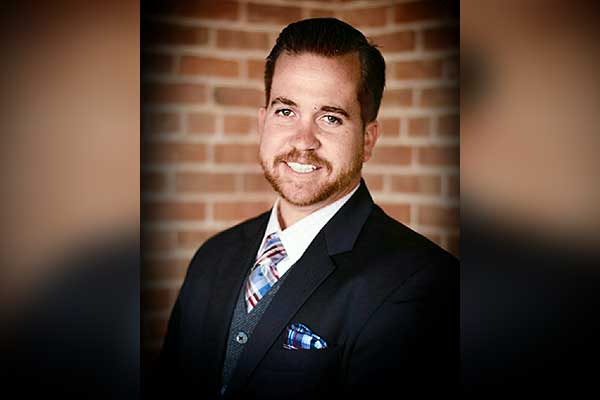 No public health issue is as important as being able to access high-quality, affordable health care. I believe we all can agree on this. Growing up, I always wanted to be a firefighter, and I’m grateful that I was able to serve my community as a first-responder. Helping those in need was always my dream, which is why, back in 2012—after responding to far too many distracted driving-related crashes—I launched the nonprofit Look! Save A Life in Southern Arizona, to help “foster an environment of safety for all who utilize our public roads”. Then, in 2013, I became a statistic of the message I was advocating, struck from behind by a distracted motorist while bicycling on my day off; sustaining injuries that forced me away from my firefighting career.

Serving on the frontlines of public safety—previously as a Firefighter/EMT and today as a safety advocate—is more than just responding to emergencies: doing the job right requires a real understanding of public health issues as well. And no public health issue is as important as being able to access high-quality, affordable health care. That’s why I’m fighting hard to make sure people in my community and across the nation will continue to be able to access the care they require in the ways that best suit their circumstances.

For example, I’ve known several former firefighter colleagues who’ve battled with occupational cancer. Just less than a month ago, Goodyear Fire Department had reported the line-of-duty death of retired Engineer Austin M. Peck who had been fighting cancer since 2015. Fighting cancer is tragic enough, but those who serve on the front lines of public safety are denied workers’ compensation or medical coverage from the municipalities in which they serve; should give us all pause for concern.

Fallen Phoenix firefighter Brian Beck Jr., a third-generation firefighter was denied his workers’ compensation claim in 2018, despite his cancer being recognized in a 2017 law, expanding the list of cancers presumed covered by worker’s compensation. It took a letter from the Attorney General’s Office, alleging “certain municipalities” weren’t adhering to the law, for the Phoenix City Council to overturn Beck’s denial. Yet, another case in a separate jurisdiction less than 15 miles away underscores the systemic challenges these first responders face. Just last month, after being diagnosed with multiple myeloma—Glendale Fire Captain Kevin Thompson was denied his workers’ compensation claim with the city and was forced to appeal any out-of-pocket costs not covered by his city-provided insurance plan.

These cases exemplify in grim detail why we should be skeptical of any proposal that seeks to establish a health care insurance system in which the government is entrusted to negotiate benefits and coverage. Right now, there is a debate going on in this country about the best way forward to ensure our health care system works for as many people as possible. However, many of the solutions put forward by those running for office should give us all pause—especially first-responders and union members. It is critical that we push candidates calling for a “public option” or “Medicare-for-all” to provide more details so we can realistically evaluate these plans’ impact on our access to care.

As with every Fire Department or Public Safety Agency, Administrative Leadership works hard to provide quality, comprehensive plans and benefits for its firefighters or public safety personnel. Given the higher rates of occupational-related diseases like cancer or conditions like post-traumatic stress disorder, firefighters need highly specialized plans that meet their specific needs.

Under a government-run healthcare system, these individualized plans—as well as other union-negotiated, employer-provided health care coverage—would not survive. Forcing firefighters, law-enforcement, EMTs, teachers, and others off their insurance in order to create a government-run system that will offer less choice, longer waiting times, and poor coverage–could end up punishing hardworking families who have secured quality health care, while doing little to curb costs.

If this is what local government-controlled health care insurance looks like, just imagine how bad things could get for health care plans if they were managed by the federal government through systems like Medicare for All or single payer. Rather than creating a new government-run system, we should work together to ensure that Public-Private Partnerships are able to provide the best care to the most people at an affordable cost. This would allow for several competitive market options that would afford people to choose where they would like to spend their hard-earned dollars for their health care. We’ve invested too much to start over, it’s time to build on the system we have, shore-up the network gaps for those already covered and invest in care coordination to increase access.

As election season heats up, we should all take a long, hard look at the plans being put forth by some candidates and truly examine how they would impact our health care; and not just for our Public Safety Family, but for every family—across America.