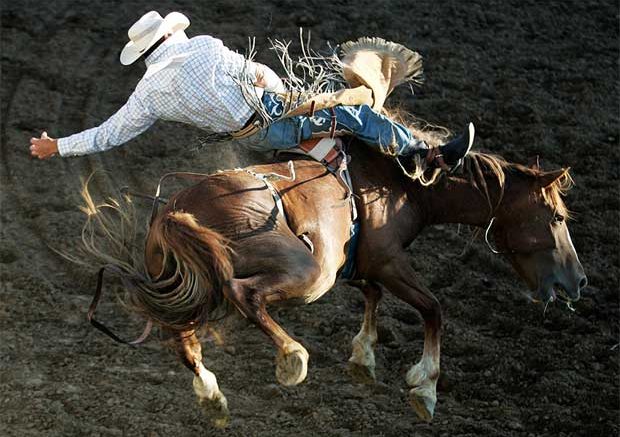 Contributed File Photo: A Graham County man was taken to the hospital Dec. 11 after his horse fell on him.

GRAHAM COUNTY – It’s widely known people should not drink and drive vehicles, but there are other activities that possibly should be avoided while imbibing as well. 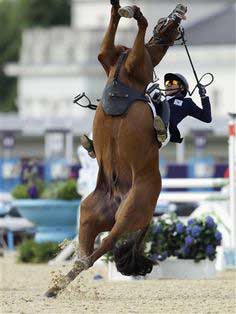 According to a GCSO report, the horse reared up like this and fell on the man.

A 60-year-old man was sent to the Mt. Graham Regional Medical Center (MGRMC) on Dec. 11 after being injured while riding his horse.

A deputy was dispatched to the 5000 block of South U.S. Highway 191 at about 3:44 p.m. regarding a medical involving a man who was injured when his horse flipped over.

The man, who was conscious but not moving at the scene, said he was backing up the horse when it reared up backwards and landed on him. He said he narrowly missed hitting the post and gates to the roping shoot and that he hit the ground and then the horse landed on him. The man reported having pain in his lower back region.

The victim also advised drinking six beers prior to the incident but that he wasn’t “drunk.”

Paramedics placed the injured man onto a backboard and loaded him into the ambulance. He was then transported to MGRMC for treatment.