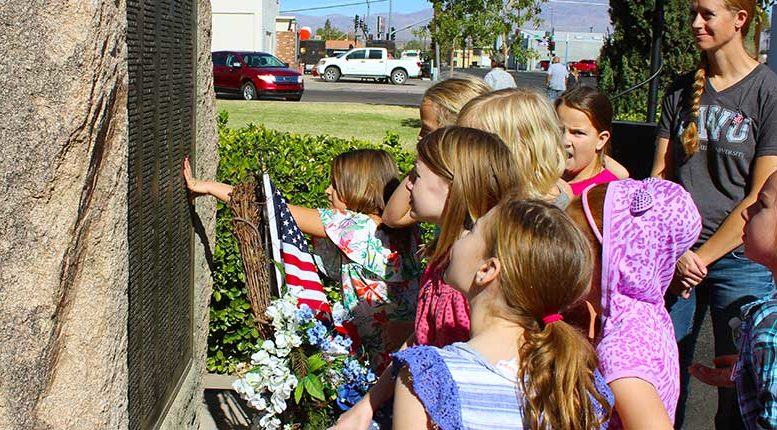 Brooke Curley Photo/Gila Valley Central: Local children cluster together to read the names on the monument outside the Graham County Courthouse on Veterans Day.

SAFFORD- Some stood, some sat, but all participated in the Veterans Day celebration in front of the Graham County Courthouse on Saturday. 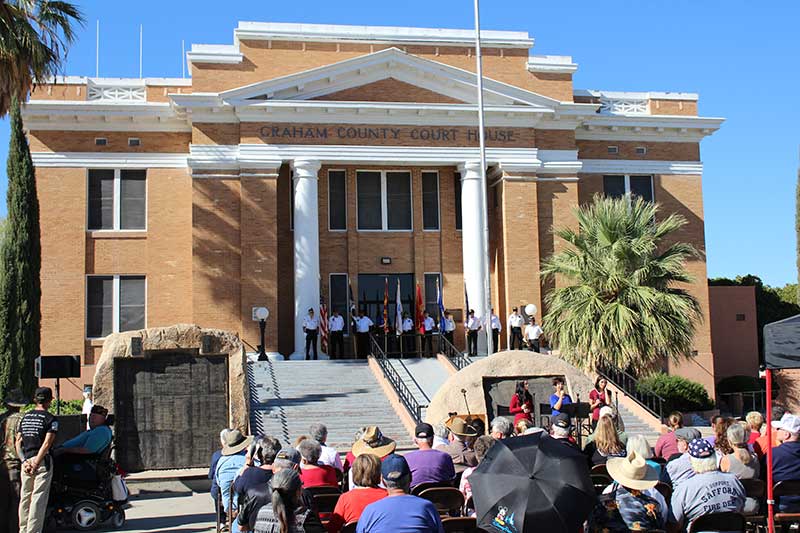 To start out the celebration, Sharon Watson, and her daughters Amanda Howard and Brianna Watson performed multiple vocal numbers. After the performances, the Gila Valley Honor Guard members provided a rifle salute. Following the salute, veteran Digger O’Dell spoke about the hero veterans of the Gila Valley, and the respect that individuals should show them. O’Dell told the story of the Juno, as well as recounting the heroic acts of Sam Crockett from Pima.

“Sam jumped out of the helicopter and ran and carried 14 men to safety that day,” O’Dell said. “Sam, being the only EOD man there left, crawled through a minefield to make a path to and from so those people could get out of there and be rescued. It took four hours. While he was sitting in my home, I asked him about the day and the episode, and he said honestly, ‘I only did my job. Everyone did theirs. It’s what we train for.’”

O’Dell spoke of the need for the public to thank the veterans for their service to their country. Stressing thankfulness, O’Dell also asked himself if he was living a life that was worth the sacrifices of the country’s veterans. 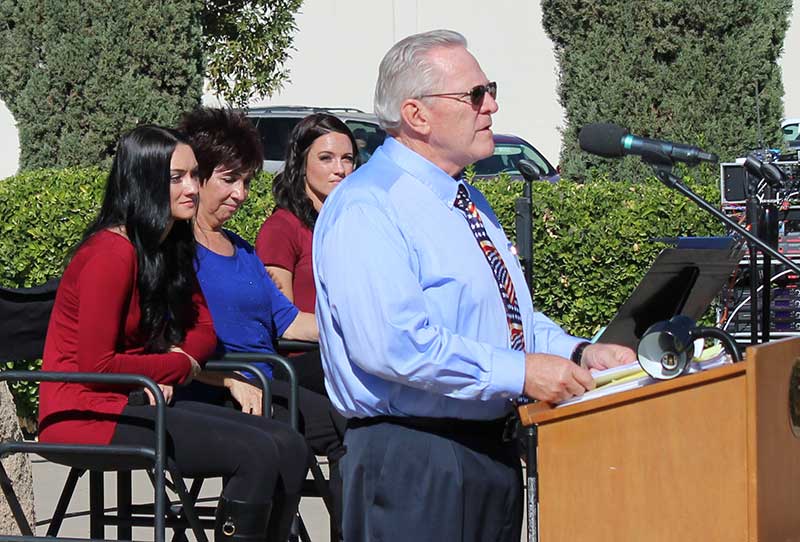 “(They are) heroes, each and every one of them,” O’Dell said. “I ask myself, am I living a life worthy of their services and sacrifices? I truly hope so. How do we thank these people for that type of action, for that type of patriotic service? How do we thank the veterans? One of the ways we can is to honor them as we do today, each and every day, and to thank each and every one of them. Thank them for their service. I appreciate your service from the bottom of my heart. Thank you very much veterans. You are my heroes.”

After O’Dell’s remarks, wreaths were placed at the monuments, and a closing prayer was conducted. The ceremony began just before 11 a.m, this Saturday on Veterans Day as the American Legion and the Veterans of Foreign Wars Auxiliary (VFWA) members gathered together with the public for a ceremony filled with music and heartfelt thanks. The ceremony was finished at roughly 11:45 a.m. 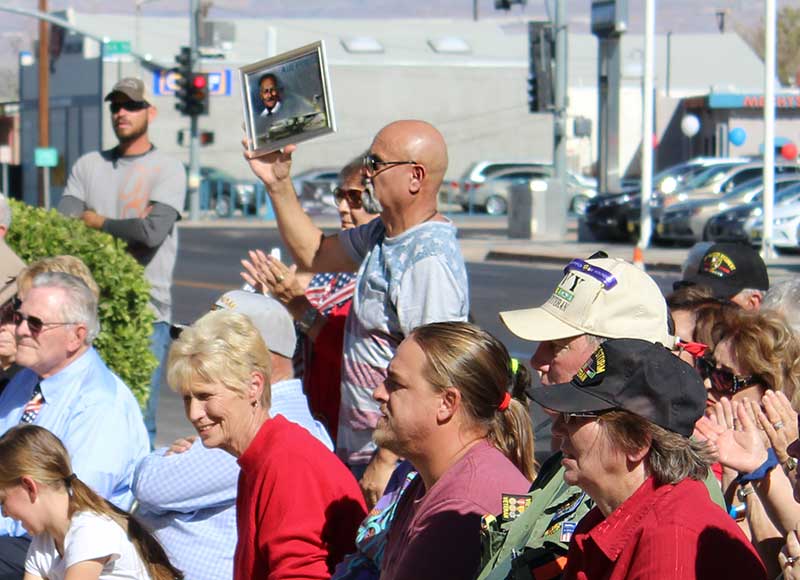 Brooke Curley Photo/Gila Valley Central: David Montez holds up the photo of his father, Ramon D. Montez, who passed away in August, and who was a veteran who served in Korea.

On the 11th hour of the 11th day of the 11th month of 1918, an armistice, or temporary cessation of hostilities, was declared between the Allied nations and Germany in the First World War, then known as “the Great War.” Commemorated as Armistice Day beginning the following year, November 11th became a legal federal holiday in the United States in 1938. In the aftermath of World War II and the Korean War, Armistice Day became Veterans Day, a holiday dedicated to American veterans of all wars.