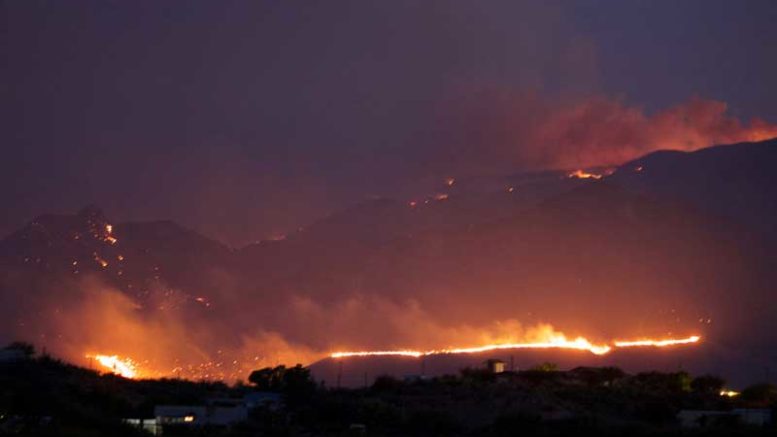 Jon Johnson Photo/Gila Valley Central: The Frye Fire is now at 29,424 acres and is headed toward Turkey Flat. Last night, Frye Mesa burned and the fire basically burned out on the northern side in that area after using up all of its fuel.

MOUNT GRAHAM – The Frye Fire has grown to 29,424 acres and is headed toward Turkey Flat and the summer home cabins.

Yesterday the fire hit Lebanon Canal and moved across the east side and turned toward up Marijilda Canyon. 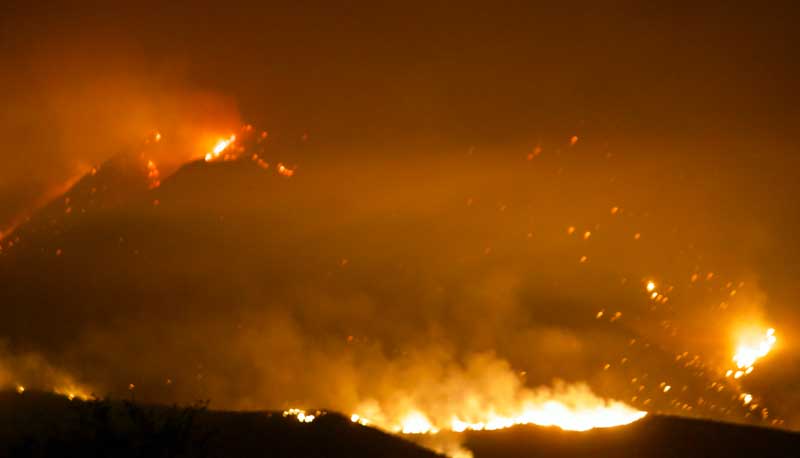 Jon Johnson Photo/Gila Valley Central: A Chinook helicopter flies back toward the airport to refuel.

Firefighters continue to battle the Frye Fire by various means, including back burns and aerial support. However, aerial support helicopters have been grounded during the middle parts of the days recently, as the maximum operating temperature of 110 degrees has been reached on consecutive days.

Turkey Flat has been prepped with self-managing pump stations with 1,800-gallon tanks with 5-gallon fuel systems to run without anyone maintaining them if firefighters are not able to be inserted due to dangerous conditions. The area has been wetted down by the sprinkler systems for several days.

“We are going to try and make a stand on Swift Trail (Highway 366) and it just depends on what happens with the fire conditions,” McAlister said. 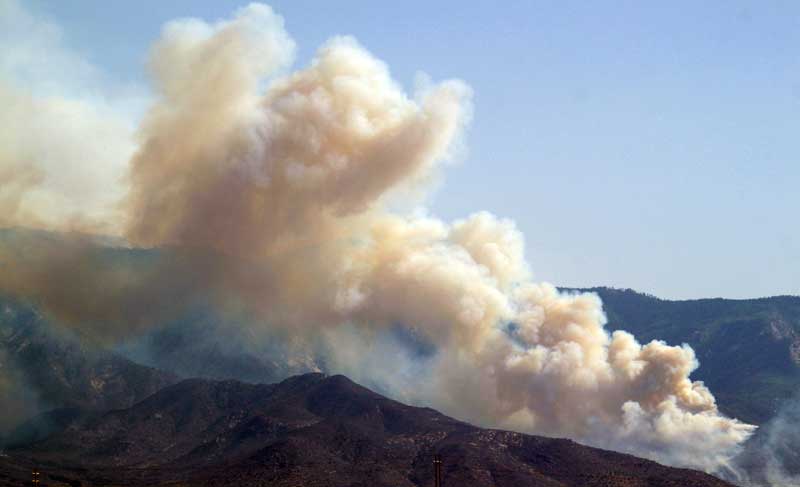 Jon Johnson Photo/Gila Valley Central: Smoke from the Frye Fire is creating a moderate impact to the air quality of Cactus Flat and Fort Grant.

The fire, which was started by lightning June 7 at about 2:45 p.m., was burning in the scar of the nearly 30,000-acre Nuttall Complex Fire of 2004. It has now spread throughout Mount Graham and has crossed over its peak and is burning on the mountain’s southern side. Hot Shot crews and other firefighters have been inserted in lower areas along the lower perimeter, including the northern side, where the fire burned Frye Mesa and onto state land. Forest Service representatives have said battling the fire at the lower elevations has a higher success rate due to the different variety of fuels and easier accessibility. A total of 842 firefighters are battling the blaze on 21 different crews with seven support helicopters and a variety of other equipment. 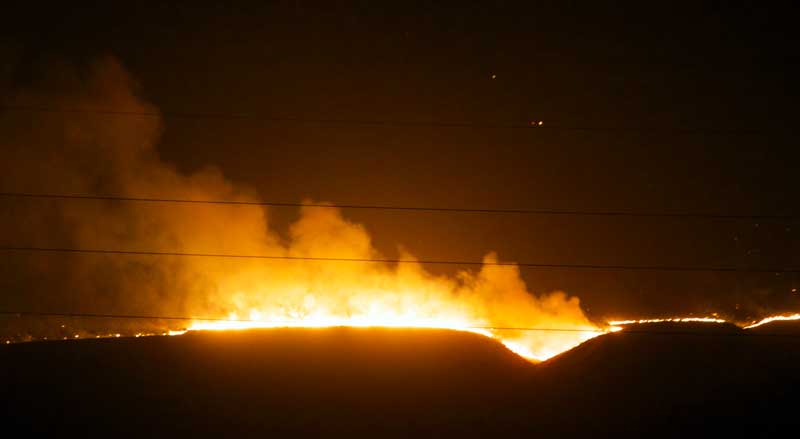 “It’s doing what we anticipated it would do,” McAlister said. “When it hits the lower slopes and the lighter fuels it’s a light burn and is able to go out. It’s not 100 percent out (at the lower elevations) but it’s looking really good this morning.” 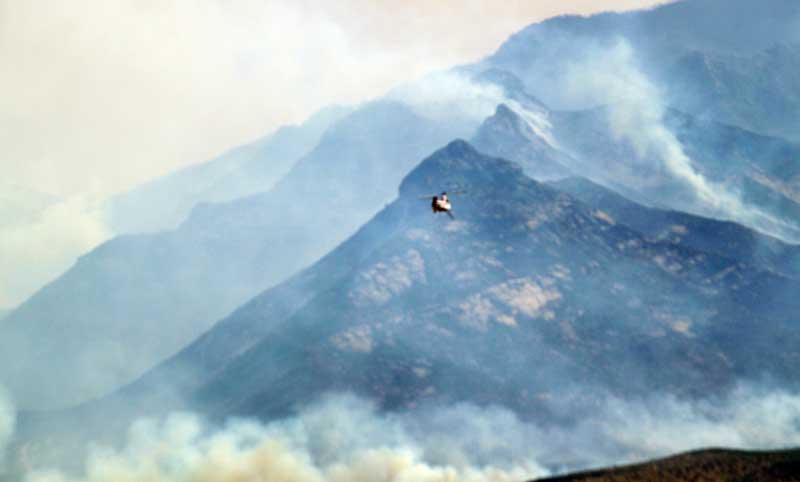 Jon Johnson Photo/Gila Valley Central: A Chinook helicopter flies through the smoke of the Frye Fire on Mount Graham.

On the southwest side of the fire, a back burn was completed in the Riggs Lake area. The fire previously burnt through the area of the Mount Graham International Observatory, Bible Camp, Columbine and the cabins at Old Columbine.

However, firefighters remain in the area mopping up hot spots. The Forest Service has started allowing more observatory personnel to return and will schedule representatives of those who own cabins to send a person or two at a time with an escort to view the cabin sites, according to Southwest Area Incident Team 3 Operations Sections Chief Ralph Lucas. 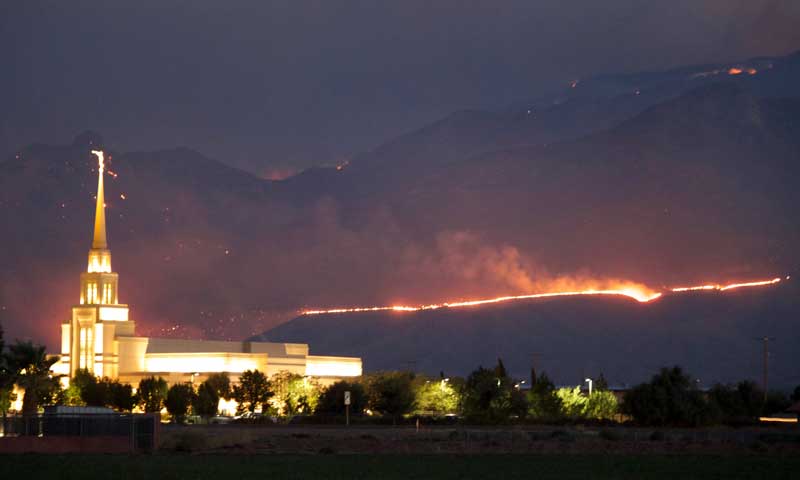 “We are continuing to allow the fire to reach an attainable location in order to successfully fight it,” Lucas said.

The western flank continues to move west toward Riggs Lake, but most of the fire activity is expected to occur on the southeast side toward the Turkey Flat area.

“Turkey Flat is a very unique summer home area, and we will be doing everything we can to mitigate the impact of the fire that goes through the area,” McAlister said. “It’s heading that direction right now.” 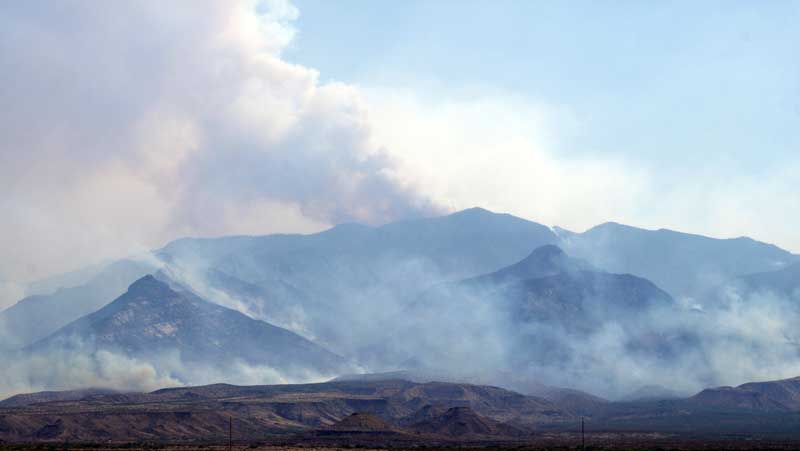 Jon Johnson Photo/Gila Valley Central: Smoke rises from the southern side of Mount Graham as the fire previously eclipsed the peak.

The Bar X fire was started by lighting June 21 and is now at 2,465 acres. It is roughly five miles south of Ladybug Peak and is predominantly burning grass, according to a news release from the Southwest Area Incident Management Team 3, which is handling the Frye Fire. There are about 100 personnel fighting the fire, which is inside the Frye Fire operations area.