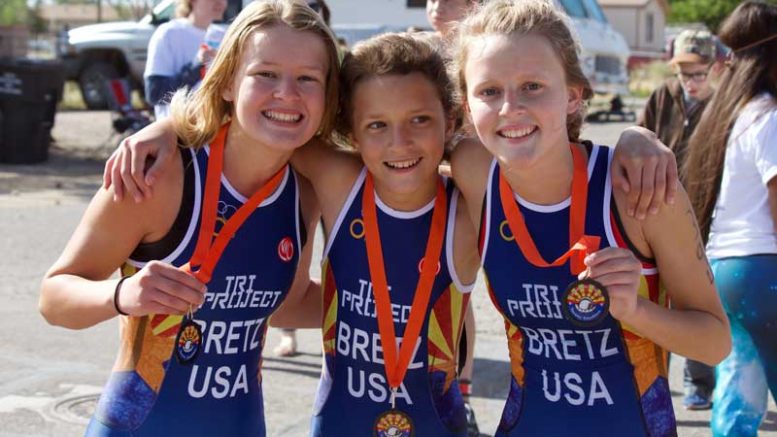 PIMA – If the recent round of record temperatures continues, it just not be so chilly in the Pima Pool for the town’s traditional Boy Scout race. The largest Varsity Scout triathlon in the nation is set to return to swell the population of Pima on April 15. 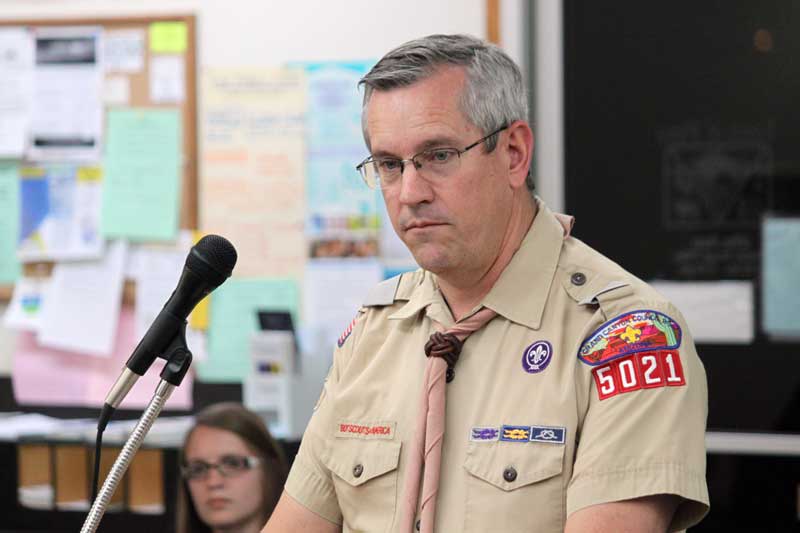 Triathlon Director Mons Larson appeared in front of the Pima Town Council at its February 7 meeting to ask for permission to hold the event and utilize the town’s facilities and employees, for which the town is reimbursed. The council unanimously voted to approve the event. 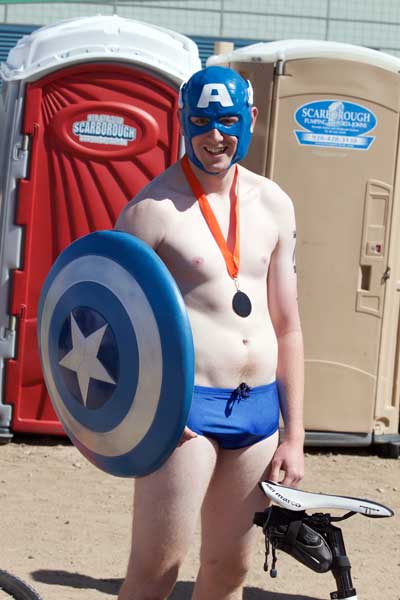 Jon Johnson File Photo/Gila Valley Central: All sorts come out for the triathlon.

Last year, roughly 1,750 entrants registered and, according to CEP Timing, 1,543 racers finished the course, which includes a 75-yard swim in the Pima Pool, a 6-mile bicycle ride to the Central Cemetery and back and finishes with a 1.6-mile run around town. The event requires the closure of 400 South in front of the Dan Hinton School from 6 a.m. to noon on race day and 200 East from Friday night to noon on Saturday.

The event is open to all competitors and drew a record amount of 290 female racers last year. Matalyah Bretz, of Mesa, took home the gold as the top overall female finisher the last two years in a row, besting her older sisters with a time of 37:48. The top male overall finisher last year went to Tyson Pace, who completed the event in 31:45. 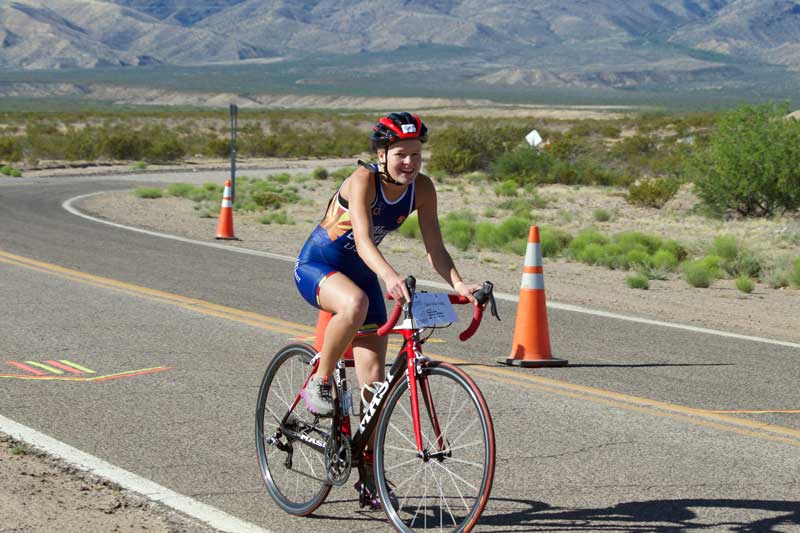 Most of the competitors come from out of town from either the Phoenix or Tucson areas and stay the previous day before the event. The group of visitors is one of the largest tourist draws for the year and is a boon to not only Pima but other service industry and restaurants throughout the Gila Valley. Race check-in is held at The Church of Jesus Christ of Latter-day Saints meeting house at 50 South 100 West (along U.S. Highway 70) from 5-9:30 p.m., Friday, April 14 and will feature a dance as well. 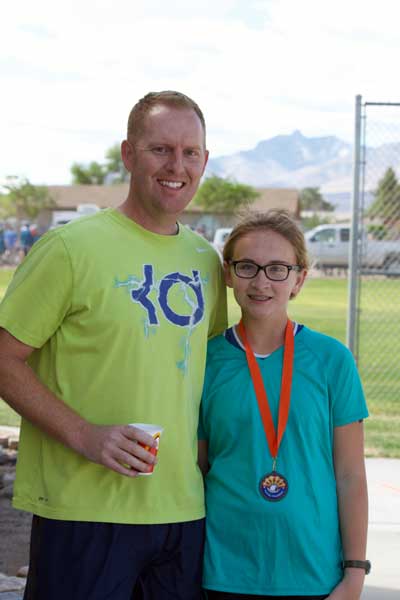 Jon Johnson File Photo/Gila Valley Central: Mark Smith, left, and his daughter, Hailey Smith, made a day of it at last year’s event.

“It is a busy time, but we try to notify all the residents so they are not surprised at what is happening out there,” Larson said.

According to Larson, the first racer hits the water at about 7 a.m. and a new entrant starts every eight seconds until complete. With such efficiency, the event is finished before 11 a.m.

The event moved from Thatcher to Pima in 2008 after Eastern Arizona College had trouble with its pool and asked organizers to relocate. The very next year, the event was covered by the scouting magazine Boy’s Life, and it has grown exponentially each year since.

“I have never heard anything except complementary comments from our citizens about the whole event,” Pima Councilor Deborah Barr said. “They’re just so excited to see these young people involved in this and how well it’s run . . . A lot of the residents, I know, look forward to seeing it.”

For more information or to register for the event visit grandcanyonbsa.org/triathlon. General registration is $30, but a $10 late fee will be applied for anyone who registers after April 3, with registration closing April 10. 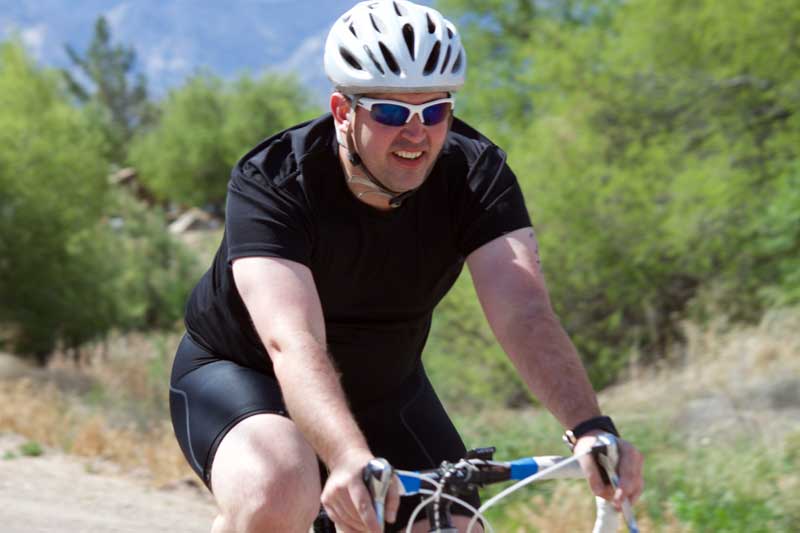