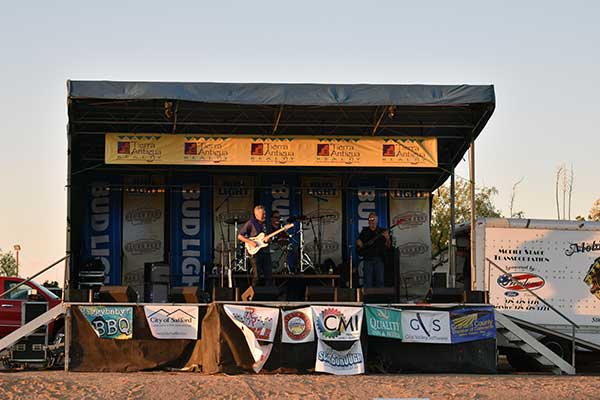 Safford – The first annual Graham Blues Fest took over the soccer fields at the Graham County Park Complex on Saturday. The event featured some of Arizona’s best blues bands, food and a beer garden.

The event designed to be a family-friendly event with plenty of things for kids to do while parents listened to music. The event rounds out a series of event the Graham County Chamber of Commerce has planned throughout the year. Graham County Chamber of Commerce Executive Director, Patrick O’Donnell told Gila Valley Central that the Chamber of Commerce is trying to have four events throughout the year; bigger events to draw outside people in, as well as entertain the local community. The chamber’s purpose is to support local business and to support and create events to bring in tourism dollars. The chamber has been been studying what type of events can best accomplish that goal. O’Donnell says that they know that Blues Festivals are popular. There’s been one in Bisbee for decades. Silver City also hosts a popular blues festival, so it made sense to start one here.

A modest crowd turned out despite the heat. Perhaps the biggest draw for the event was the Chuck Hall band who capped off the event, performing from 7:00 PM until 9:00 PM.

The event organizers plan to make it an annual event that will draw blues fans to the area.