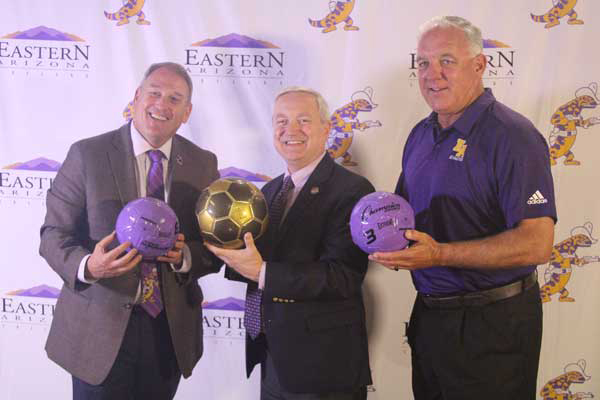 The teams will join the Arizona Community College Athletic Association and compete with the 12 other Women’s teams and 11 other Men’s teams that are already in the league.

“Athletics is an important part of Eastern Arizona College,” said President Haynie. “Not just for those athletes that compete but to the students that are already on campus, it adds to the overall college experience.”

Athletic Director Jim Bagnall told the audience that Eastern Arizona Soccer will compete in the Fall season and each team will have up to 24 athletes. The college hopes to have the soccer staff in place after the 2022 season.

The 2021 NJCAA Soccer rankings were announced Monday afternoon and the ACCAC is well represented.

“We know what environment we are jumping in to,” said Dean Kenny Smith. “We are comfortable with our timeline and that we will be ready to compete in 2023.”