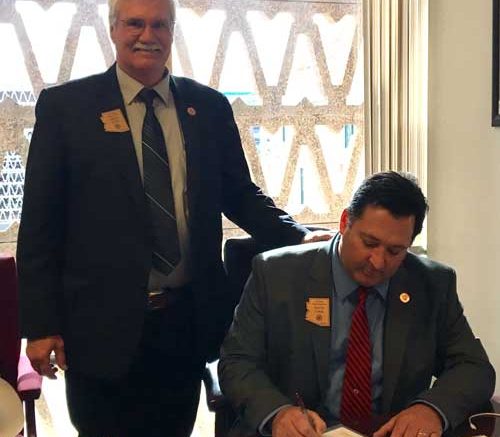 While he got a co-sponsor for his bill, John told Gila Valley Central he didn’t turn it in yet because he wants to amend it before doing so. The bill deals with speed limits on dirt roads and helping reduce accidents and liability to counties for those who get into collisions.

Currently, the default speed limit on dirt roads with no signage is 65 mph. If a speed limit is posted and a driver crashes while traveling at a slower speed, John said counties have been sued for allegedly providing a false sentiment of travel ease.

“This is kind of a fixer bill, basically, to try to figure out a way to indemnify those counties and cities who post a road to not be liable if a somebody has an accident for reckless driving or whatever it might be,” John said. 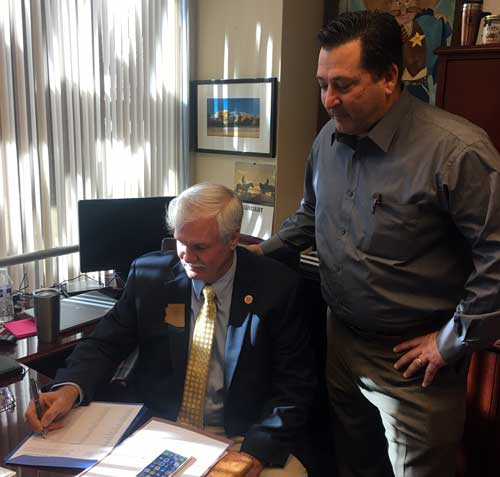 House Speaker J.D. Mesnard has instructed freshman legislators to be careful as to how many bills they sponsor and to make sure to learn the process. John has co-sponsored 15 bills (signed on to other people’s bills) and serves as the Vice-Chairman of the Transportation and Infrastructure Committee and is a member of the Local and International Affairs and Government committees.

“He wants us to make sure to keep it under five,” John said. “He said if you keep it around two or three, then you can turn around and see the process go through and how a bill works, but you’re not going to spend so much time going around politicking to get your bill passed like the veterans do now that’s over there.”

John, who spent 16 years on the Graham County Board of Supervisors, said his first week in the Legislature was a whirlwind where working 15-hour days was the norm. He took a trailer up to the Phoenix area with him to live in while working at the capitol and said work in this Legislative session will likely go from when he started in December to the end of April.

In the end, John said he wants to make sure to do right by the people he represents in District 14 and to keep a voice for rural Arizona heard.

“Every state has a Phoenix, but not every state has a rural Arizona,” John said. “That’s kind of my theme as I’m going through working with these legislators is just letting them know, ‘I can support your bill, but if it affects rural Arizona – whether its education, or farming, ranching or infrastructure or local control of our authorities, that’s where I’m going to draw the line and try to fight it.’”