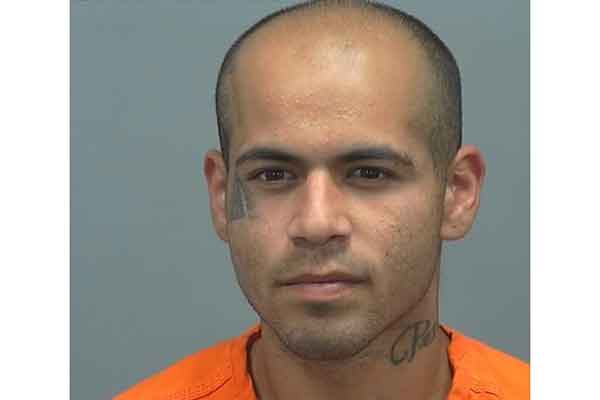 SAFFORD – Safford police officers responded to the Copper Mountain Clinic on Thursday in reference to a fight that had occurred outside the clinic. The officer spoke with the reporting party and victim.

A witness stated that they were in their office when they heard yelling outside the clinic. They looked outside to the area in front of the clinic and saw two men standing near a vehicle involved in a verbal altercation. The witness allegedly saw one of the men strike the victim behind his left ear and then left the area on foot with a female who was also present.  The investigator spoke with the victim, who stated that Martin Carrasco had struck him in the face in front of the clinic. The victim said that he arrived at the clinic with his wife and Carrasco, when Carrasco began to shout and act in an aggressive manner toward his wife. He was then allegedly struck behind the left ear by Carrasco. The victim said he wanted to press charges.

The officers located Carrasco and the victim’s wife at the Mount Graham Safehouse. The woman told police that she and Carrasco were involved in a verbal argument when the victim came over and “flinched” toward Carrasco, provoking Carrasco to strike the victim. When officers spoke with Carrasco, he replied that the victim got in his face, so he hit him. Carrasco was placed under arrest and booked in the Graham County Jail.