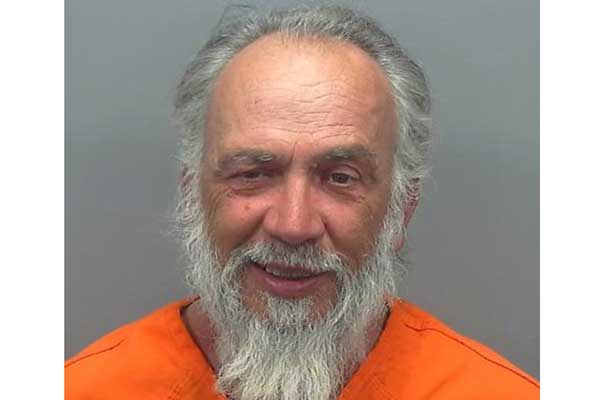 SAFFORD – On Feb. 27th, Safford police were called by Walmart in reference to an older man who was camping in his car in the employee parking lot that they wished to have leave.

The officer contacted the man who provided an I.D. from Colorado identifying him as Barry Stewart. He told the officer that management had told him the day before that he had a week to leave. The officer replied that store management said they wanted him to leave.

The investigator noticed some spoons on the dash of the car and asked Stewart what they were used for. Stewart said that they were used to eat. The officer asked him if he used drugs and Stewart admitted to using marijuana. According to the police report, the investigator asked him if he had any marijuana and Stewart said “yes.” Stewart was asked if he had a valid medical card to which he stated “no.” When asked where the marijuana was, Stewart retrieved an orange pill container that had a green leafy substance consistent with marijuana from the passenger side dash. When asked if there was anything else, Stewart said the can he used to smoke it was on the floor. The officer retrieved a soda can off the floor board that had been modified into a smoking device and had burned residue on it.

When the officer was advised that Stewart had a warrant from Brighton, Colorado. Stewart was cited and released on the drugs charges but held in the Graham County Jail due to the outstanding warrant.