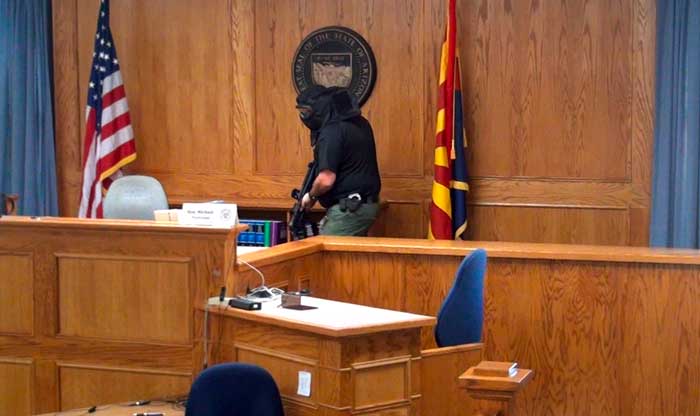 SAFFORD – A person with a gun bursts into an office. What should the office workers do? Should they run? Should they hide, or fight back. What can they do to better their chances of survival? Is there a plan in place?

Those questions and more were answered during an active-shooter training session at the Graham County Courthouse on Thursday that included simulations involving what courtroom employees should do if a  gun-wielding person bursts into the courtroom. 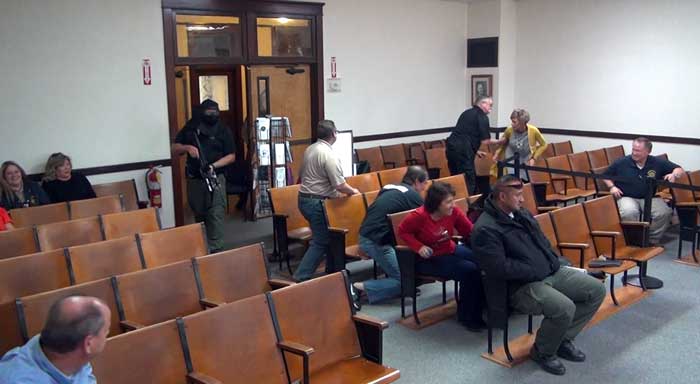 The training was part of Graham County Superior Court Judge Michael D. Peterson’s desire to increase safety at the courthouse for employees and visitors. Some increased security measures are mostly already in effect, and include locking out the back door elevator and having every visitor come in through the front door and pass through a security check with a metal detector. A variety of court-related employees were present for the training, including courtroom staff, judges, attorneys, probation officers and clerks.

“I think it went very well,” Judge Peterson said. “It was very well attended and we can’t thank (the) Graham County Sheriff’s (Office) enough . . . I believe everyone came out of this far more aware of the potential dangers and how to respond to those dangers.” 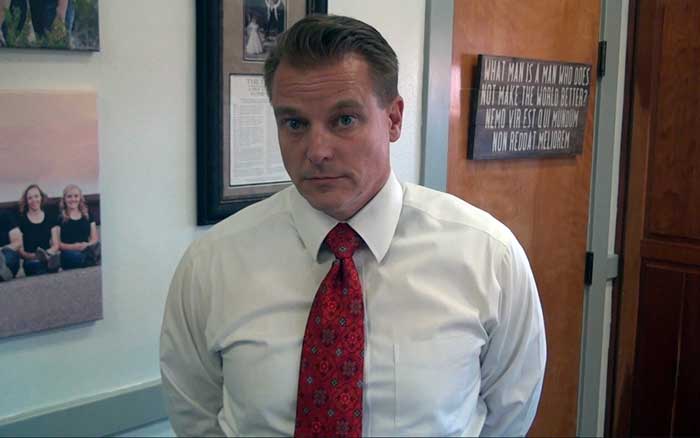 Part of the training included knowing what a gun shot would sound like in the courthouse but outside the courtroom itself. Several participants commented that the shot just sounded like a stack of books falling off a shelf and that they normally wouldn’t have paid much attention to it, especially during a normal noisy court day. While the average national police response time to an active shooter is between five to six minutes, the response to the courthouse would likely be much quicker since the Safford Police Department and Graham County Sheriff’s Office (GCSO) is only a block away.

GCSO Sgt. Jacob Carpenter put on the seminar with deputy Aaron Smith. A couple of detention officers, Lt. Tavini Sulusi and Sgt. Tyler Attaway, assisted in the role playing portion of the event.

Deputy Smith said the training was more encompassing than just for an active shooter and that many other threats can be made utilizing other weapons, such as knives or even items found in the courtroom itself, including jury chairs. 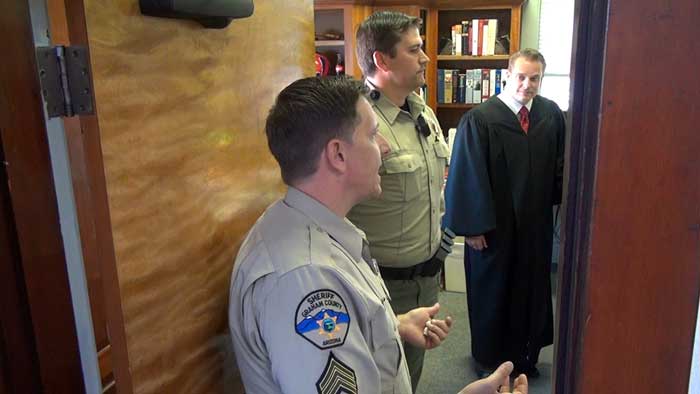 The all-encompassing training is called ALICE, an acronym that stands for Alert, Lockdown, Inform, Counter and Evacuate, and is used to describe the procedure for dealing with a threat.

“It’s to prepare everyone in the courtroom for an active shooter to come in and what they need to do in case that does occur,” Sgt. Carpenter said.

The participants were shown a video of a shooting at a Florida school board meeting as Sgt. Carpenter dissected how the affected people made mistake after mistake. Participants also learned how to disrupt a threat by using simple moves or just by throwing an object at their assailant while attempting to make it away from the area into one of the predestined lockdown areas.

Jon Johnson Photo/Gila Valley Central: Courtroom employees prepare to react to a scenario during the training.

After the training was complete, the group commented on what they found useful and gave input on how to improve other security aspects with very little monetary infusion. When it was all finished, Judge Peterson declared the training a success.

“I believe the steps we took today have dramatically improved the security,” he said. “We’re taking steps to make sure the perimeter is as secure as possible, and in the event of an active shooter that we have a plausible plan to be able to avoid the situation.”