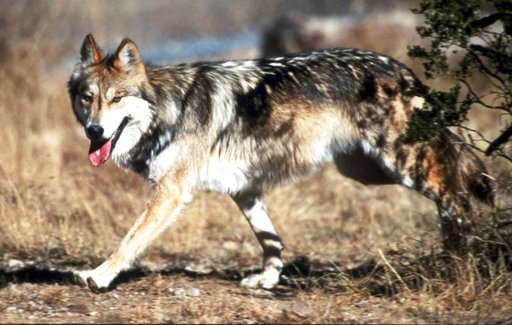 DENVER (AP) — A federal court on Tuesday removed an obstacle to the U.S. government’s plan to release more endangered wolves in New Mexico over the state’s objections, but it was not clear whether additional animals would be reintroduced under the Trump administration.

The Denver-based 10th U.S. Circuit Court of Appeals lifted a temporary order issued by a lower court that stopped the U.S. Fish and Wildlife Service from releasing more Mexican gray wolves after New Mexico refused to agree to the plan.

The state Game and Fish Department is disappointed, but it will keep pursuing the case in federal court in New Mexico, where it was originally filed, spokesman Lance Cherry said.

Despite the ruling, it wasn’t immediately known whether wolf releases would resume. President Donald Trump has slowed or reversed other environmental initiatives since taking office in January, when the appeals court was considering the wolf case.

And many Republicans in control of Congress have long objected to parts of the Endangered Species Act, which is the legal authority for re-establishing the Mexican gray wolf and other animals.

Protected status under the act usually brings restrictions on ranching, mining and other activities.

Only about 110 Mexican gray wolves live in the wild. They nearly disappeared in the 1970s, and the federal government added them to the endangered species list in 1976. The Fish and Wildlife Service began reintroducing them to parts of their original range in New Mexico and Arizona in 1998.

New Mexico has complaints about the way the program is managed, and in 2015 it refused to issue a permit to Fish and Wildlife to release more of the predators.

The agency decided to release them anyway, citing an urgent need to expand the wild population to prevent inbreeding. New Mexico officials went to court, and a federal judge temporarily blocked further releases last year while the dispute is resolved.

The government appealed. The 10th Circuit says New Mexico failed to show that the state would suffer irreparable harm if more wolves were released — a requirement for such an order.

“The irreparable harm comes to the ranchers and the people of New Mexico,” said Caren Cowan, executive director of the New Mexico Cattle Growers Association. Wolves are known to attack livestock.

“It saddens me to think that the court doesn’t understand how much harm is coming to our ranching families and their livelihood,” she said.

Bryan Bird of Defenders of Wildlife called the ruling a victory for the wolves. He said his group works with residents who live in the wolves’ range.

“We can coexist with these icons of the Southwest,” he said.

The appeals court didn’t address other questions, including whether New Mexico would likely win in a lawsuit over the dispute.

Wolf reintroduction programs are always contentious because of the threat the predators pose to livestock and wild game favored by hunters.

Last year, the Interior Department’s internal watchdog said Fish and Wildlife had not fulfilled its obligation to remove Mexican gray wolves that preyed on pets and cattle.

New Mexico officials also complain that federal officials tripled the target number of wolves in the wild — from about 100 to 300 — without sufficient justification.

Separately, a federal court in Tucson, Arizona, will hear arguments Wednesday in a lawsuit from two environmental groups alleging the Fish and Wildlife Service imposed harmful limits on the size and range of the Mexican gray wolf population.

Follow Dan Elliott at http://twitter.com/DanElliottAP. His work can be found at https://apnews.com/search/dan%20elliott.