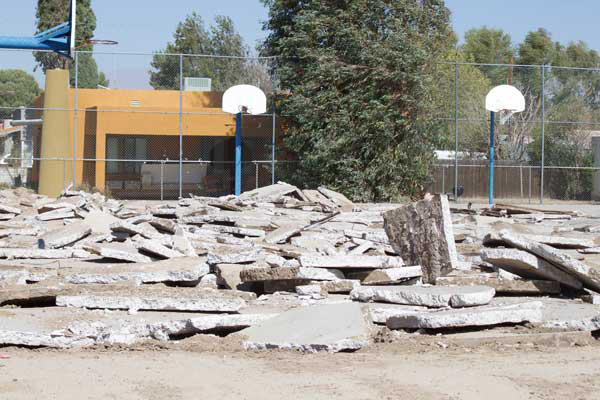 SAFFORD – The saying goes, “When one door closes a window opens.” While a freak storm may have shut the door on an elementary school basketball league this year, the windows have opened to reveal a new set of courts at the Safford Middle School. 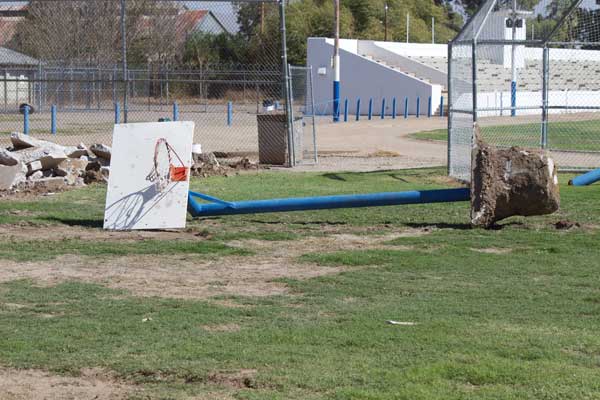 Jon Johnson Photo/Gila Valley Central: The removal of the old hoops has begun.

The Safford 8th Avenue Courts Project has begun construction to completely resurface the basketball courts next to Safford Middle School. With a concrete-busting front-end loader on loan from Richie Yentsch of Yentsch’s Concrete, the Safford School District began demolition of the old courts Wednesday, busting up the old cement and removing the hoops. 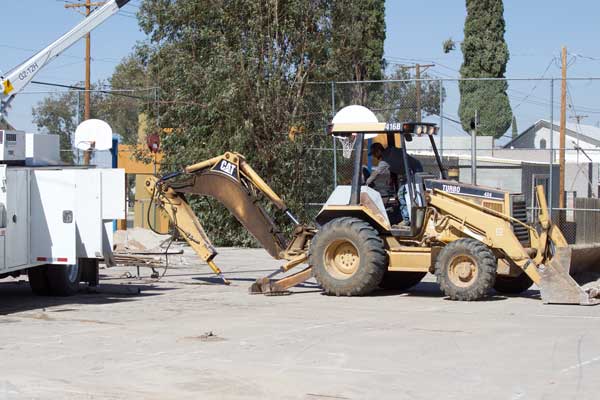 Jon Johnson Photo/Gila Valley Central: A front-end loader on loan from Yentsch’s Concrete is being utilized to bust up the old cement.

Yentsch’s Concrete was awarded the contract to pour the roughly 12,000-square-foot basketball court slab and will look to start forming next week, according to Richie Yentsch.

“It’s going to be a good one,” Richie Yentsch said.

After the concrete is finished, the courts will be topped with a rubberized coating. The coating will be beneficial for basketball play, but those who used to skate at the old courts should head over to the Safford Skatepark, because the topping will not be as skate-friendly and such activity might be restricted, in order to preserve the refurbished courts.

Graham County Supervisor Danny Smith and former girls basketball coach Tad Jacobson spearheaded the project after lamenting on the condition of the courts and how much they are used by the community. The men decided to name the refurbished courts after Ed Ragland, who has run a fifth- and sixth-grade basketball league during the winter in Safford for the past 39 years, involving an estimated 8,000 players. Unfortunately, this year’s league was canceled due to damage from the freak hail storm and the inability to find a suitable replacement location in time.

“It’s very exciting to see the 8th Avenue Courts Project getting underway,” Ragland said. “I can’t wait to see the kids actually using them. This is such a good thing for our community.” 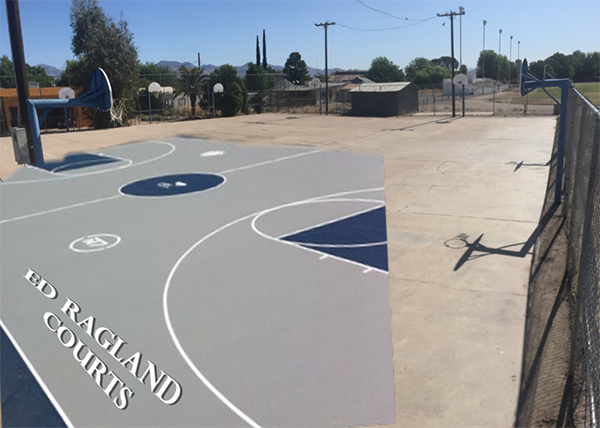 The project, which is sponsored through the Boys & Girls Club of the Gila Valley, received an $80,000 grant from Freeport McMoRan’s Community Investment Fund. Combined with donations from the United Way of Graham County, the Gila Valley Recreation Foundation and $7,873 raised by 68 individual donors on the project’s GoFundMe page, the project reached its goal of nearly $123,000 in funds, according to Smith. 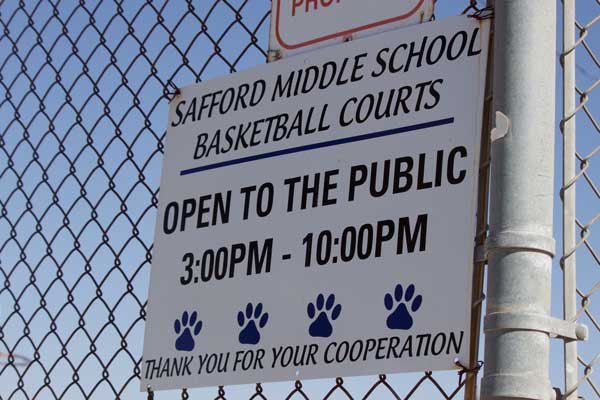