SAFFORD – The sound of the ball squeaking as it was kissed off the backboard and the swoosh as it tickled the tines of the net was finally heard at the Eighth Ave. Ed Ragland Courts on Monday night as roughly 75 ballers opened the courts with an impromptu set of games.

There was no pomp and and circumstance, no flowery speeches or fancy dedication – that will come later. No, on Monday night it was just a kid and his ball that started it all. Like dominoes, after the first baller hit the court, one turned into two then four and before long the courts were full of players with those waiting their turn jam-packed on the court-side benches. 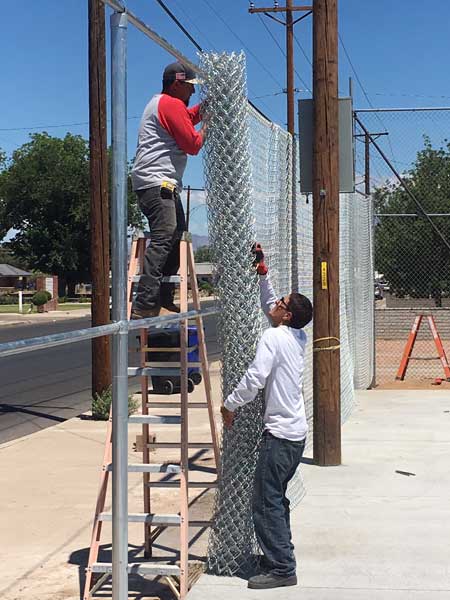 After a year-and-a-half in the making, eight months of construction, an $80,000 grant from Freeport McMoRan’s Community Investment Fund, donations from the United Way of Graham County, the Gila Valley Recreation Foundation, ACE Hardware and nearly $8,000 raised by almost 80 individual donors on the project’s GoFundMe page, the Eighth Ave. Ed Ragland Courts are now open for use.

“One of the things that has really been neat about the whole ordeal has been all of the people who came together to make it happen,” Ed Ragland said. “It was a community effort above and beyond to come up with something that is good for everyone. That was the good part – everyone coming together to make something work.” 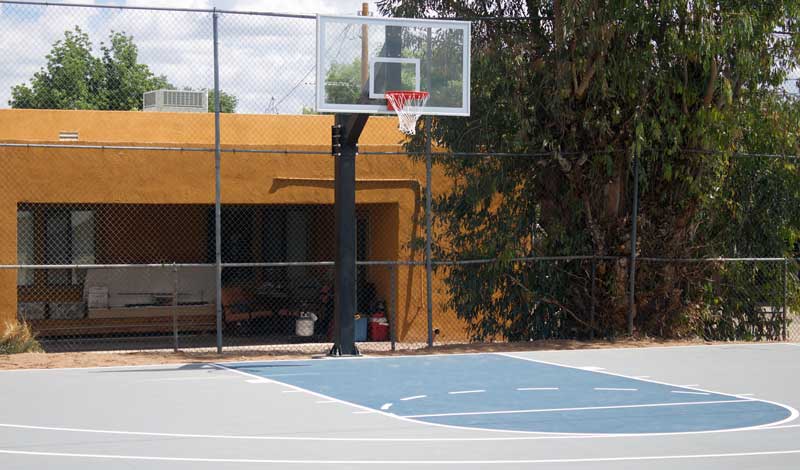 Graham County Supervisor Danny Smith and former girls basketball coach Tad Jacobson spearheaded the project after lamenting on the condition of the courts and how much they are used by the community. The men decided to name the refurbished courts after Ed Ragland, who has run a fifth- and sixth-grade basketball league during the winter in Safford for the past 39 years, involving an estimated 8,000 players. Unfortunately, last year’s league was canceled due to damage from the freak hail storm and the inability to find a suitable replacement location in time. 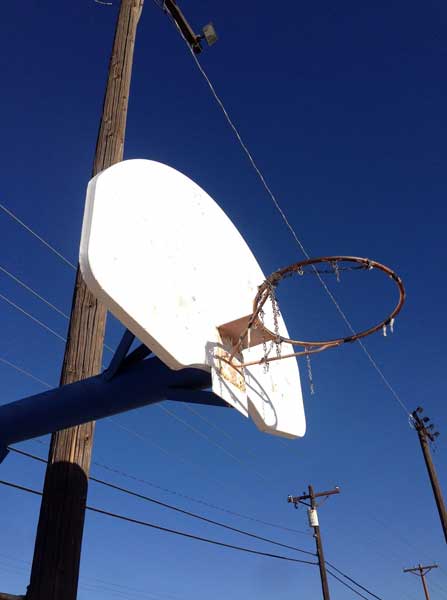 This is what the hoops looked before the renovation.

“I think that’s pretty cool,” Smith said. “I think honoring Ed Ragland in his 39-plus years of service is pretty cool.”

After fencing was installed Thursday, the rims were placed on the backboards. Once you build it, they will come, and soon after, a pickup game erupted Monday night under the newly improved illumination. As many as 75 ballers hit the new court running, as multiple games went on throughout the night until the courts closed at 10 p.m.

“Nobody said anything,” Smith said. “They put the rims on and kids found it last night. The courts were full and the bleachers were full. My son went there, and people saw him and other people playing and people just went home, got a ball, and people just started showing up.” 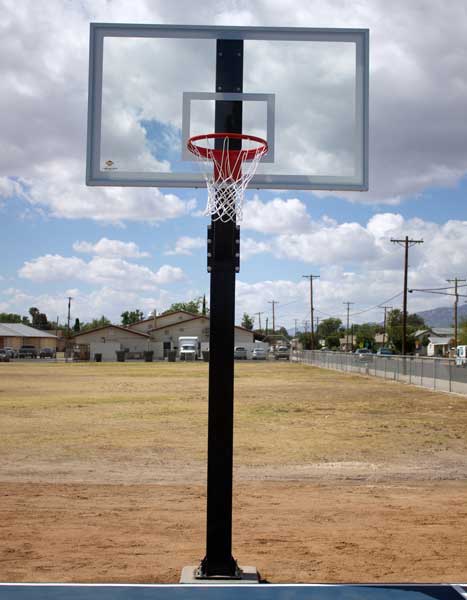 Jon Johnson Photo/Gila Valley Central: This is what the hoops look like now.

Smith went down to see the action last night and watched from 9 to 10 p.m. and ended up picking up some trash that was left over. He then locked the gate and turned out the lights at 10 p.m., when the courts close.

“It’s a great facility, and its a great addition to the community,” Ragland said. “Everybody plays on that whether they’re old or young . . . It’s really been humbling, and it’s been just a super project . . . If this one lasts half as long as the last one we’ll be in good shape.”

The Eighth Ave. Ed Ragland Courts will hold a 3 on 3 inaugural basketball tournament June 3 sponsored by Brand Source Western Auto and Trophies N’ Tees. The event will boast two levels of teams – eight teams of children 17 and under and 16 teams of adults 18 and over – with the $40 team entry fee donated to the Boys & Girls Club of the Gila Valley. Registration and rules can be picked up at the club at 805 S. 7th Ave. 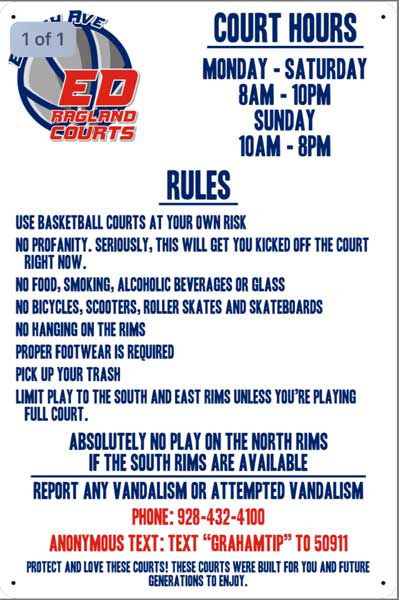