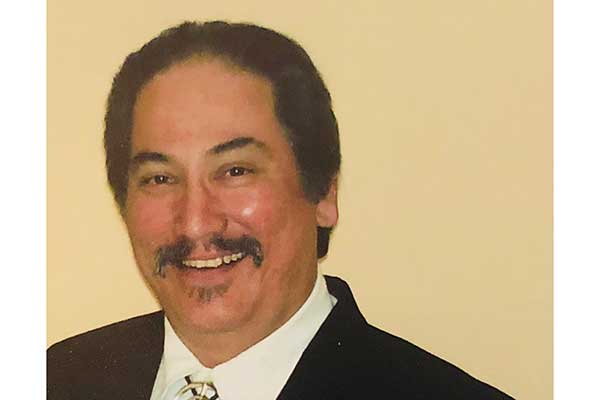 Conrado, or Conri as he was known by his family and Conrad by his friends, was born on April 6 1961 in Morenci, AZ to Higinio Subia Herrera and Maria DeJesus DeLeon Herrera. He was the youngest of their two children with his sister, Dolores, being the eldest. He was preceded in death by his parents.

Conrado was interested and active in sports at an early age. He played Pee Wee football as a child, then went on to play football, basketball, and baseball while attending Morenci High School. He received letters in these sports. He loved the Rams football team especially when they were in Los Angeles. His favorite player was Roman Gabriel.

He briefly attended Northern Arizona University in Flagstaff after graduating from high school. He later moved to Tucson to work. He enlisted in the U.S. Air Force and served his country from November 16, 1983 to January 6, 1987. While in the military he learned how to be a radar and microwave technician and went on intel gathering missions. He told about doing many air jumps and parachuting tactics while serving in the military.

After leaving the military, he settled in North Carolina for a brief period. He returned to Arizona to visit his family, and eventually found employment near Deming, New Mexico. He worked on an Aerostat Radar System near the border.

He traveled all over the U.S. and internationally with the various jobs he held. His hobbies of hunting and fishing led him to make friends in all the places he traveled. In his younger days, he was a bow hunter and brought down large elk with his archery skills. He enjoyed grilling and cooking. He loved to cook for his friends and family and share with us the different dishes he had learned to make and create.

His last employer was Raytheon. He traveled extensively to various airports and military bases to update and service radar equipment. He was last stationed in Taiwan at a radar site near Hsinchu City. Here at this mountain top site he died of a sudden heart attack on January 19, 2018.
He visited his sister and nieces every Christmas for many years. He continued to visit every holiday season and got to see their families grow as he met his great nephews and nieces. He truly loved his nieces and their families, especially the little children. His time spent with them seemed to be his happiest moments. He was a kind, compassionate, and giving person and he will be greatly missed. He left us too soon, but he has re-joined his parents in Heaven.

Conrado is survived by his sister, Dolores H. Gonzalez and her husband Gilbert, his niece Ariel Scurry and her fiancé Michael Lancaster and their two sons- Ezra David and Caleb Ezekiel, his niece Alexis Delgadillo and her husband Elevsis and their three children Noah Jose, Zoe Marie, and Olivia Anne. May you rest in eternal peace beloved son, brother, uncle, great-uncle, cousin, and friend.

A Celebration of Conri’s Life will be conducted Saturday, March 10, 2018, at the Desert Springs Community Fellowship in Safford by Pastor Ron Gonzales of the Restoration Fellowship. Concluding services with military honors conferred by the Gila Valley Veterans Honor Guard will follow in the Thatcher Cemetery.