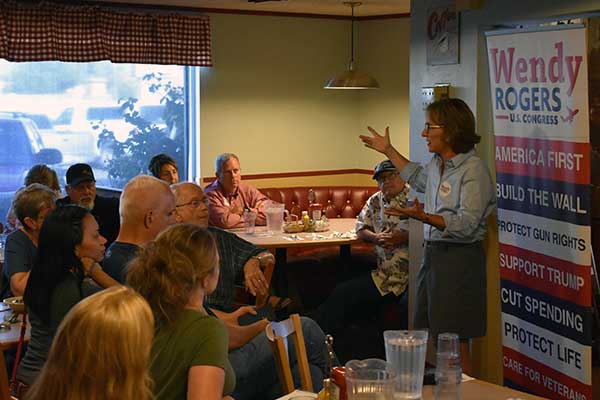 SAFFORD – It’s not often that a political candidate flies in to meet with supporters in a plane that they pilot themselves.  But that’s just what Wendy Rogers did yesterday in Safford. Rogers is a Republican candidate for Congress for district 1. She landed at the Safford Airport Wednesday evening to meet with supporters on Thursday. Rogers flew in from Kayenta, Arizona – a town on the Navajo Reservation – where she rode in the Independence Day Parade with the president of the Navajo Nation. 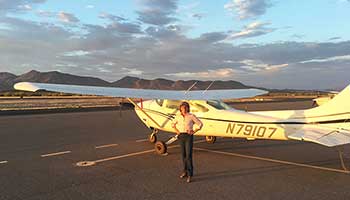 Rogers is not a typical political candidate. She is a 5th generation military veteran and was one of the Air Force’s first women pilots. She’s an entrepreneur and a small business owner.

Rogers spoke to a crowd of about 30 people at Jerry’s Restaurant in Safford Thursday afternoon. She spoke about how our society has devolved in recent generations both in civility, patriotism and moral character. “We have devolved to a lessening standard in this country over the course, I think, of two full generations,” Rogers told the group. “There’s no more pledge of allegiance is our schools, or prayer in our schools. This cannot be turned around overnight.”

Rogers, a staunch Trump supporter, says the president is changing the narrative on social issues. “Now, it’s a little more cool to be personally responsible,” Rogers said. “It’s a little more cool – or acceptable if you will – to do the right thing. We can get the America back that we have grown up with. But it’s going to take an unflinching resolve and a cohesion by standing up and pushing back against the left.”

Rogers flew out Friday for another meet and greet in the White Mountains.

She will face Tiffany Shedd and State Senator, Steve Smith, in the primary election in August. 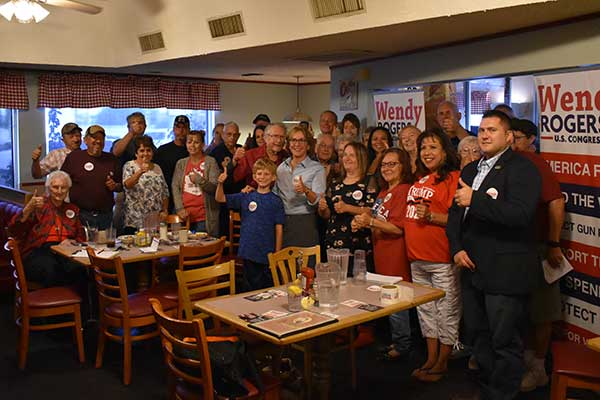