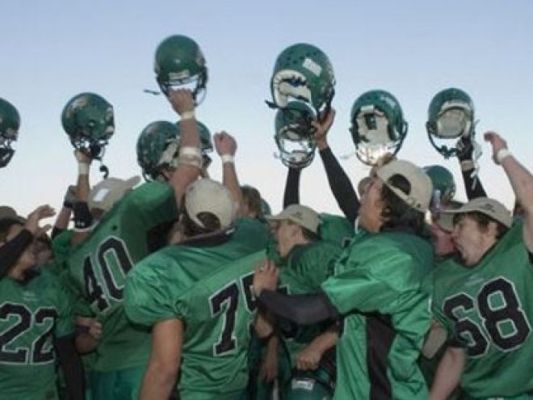 Head Coach Ramon Morales understands how tough taking the reigns on the odds on favorite to win the 2A State Title this year.

“We understand how hard we have to work to be a State Champion,” Morales says. “We understand the commitment, time, and effort. We will not let others distract us from our goal. We live by the motto, “If you are not getting better, you are getting worse, you can’t stay the same.”

When Morales was named the Thatcher High football coach for the 2018 season earlier this week, he didn’t need to go far to add to his coaching staff. Don Conrad has confirmed that he indeed will be back on the sidelines this Fall calling the offense.

“Coach Morales has asked me to help with the offense this season and I am happy to help in any way I can,” said Conrad.

Conrad was the head coach from 2000 until 2011 when he moved into his current role as Athletic Director. He compiled an impressive 105 wins to just 40 losses in his 12 seasons leading Eagle Football. He won 3 State Titles in that span including back to back in 2000/2001, his first two seasons taking over for Jim Hughes.

Longtime coaching collaborator and good friend of Conrad, Danny Battraw, will still be leading the Offensive Line. “I have been blessed to be part of Thatcher Football,” added Battraw. “We have great kids and coaches. Although the combination will change from time to time, the culture and traditions of Thatcher Football will hold true. We have learned to grow from our experiences. Go Eagles!”

Coach Battraw also added this about the state of Eagle Football presently: “It has been said that no one person is greater than the team, especially in Football. A person may stand out at times, but without the support of the team as a whole, it is short lived. The culture of Thatcher Football at it’s best is Team. From coaches to players, our success depends on our willingness to forget about ourselves and do what’s best for the team at all costs. No one person is better than the whole. We are not immune from adversity, but we learn from it.”