Clean comedy shows are coming to the David M. Player Center for the Arts.

SAFFORD – It’s not every day you can take your kids with you to a comedy show, but that’s going to be a possibility with the Safford Laughs – Clean Comedy Show, starting in January.

Randy and Stephanie Jenkins started running their clean comedy show in June of last year in the Tucson area. Bringing in various comedians from across the United States, their agreement is that the comedian cannot rely on any innuendos or profanity to retrieve laughter from the audience.

Randy told Gila Valley Central that if a comedian is good at his craft, he or she will not have to rely on crass humor to entertain.

“It’s the comedians that rely on shock and awe; they lack confidence in their comedy and in their silence,” Randy said.  “Nobody likes silence. And if you throw out the F-bomb, someone is gonna laugh, but the rest of the crowd, not so much.”

The Jenkins’ first clean comedy show in the Tucson area went over well, according to Randy. He said it was different from any of the local comedy shows in the fact that It was clean. Randy told Gila Valley Central that at the end of that first show, multiple people thanked them for bringing that type of show to the community. The next show after that was comprised of children and teenagers as well as adults, tripling the size of their audience.

“We knew we were on to something,” Randy said. “We were satisfying the need for people to have wholesome uplifting energizing live entertainment that was funny.”

The Jenkins’ first Safford Laughs – Clean Comedy Show will premier at the David M. Player Center for the Arts (CFA) on Jan. 7 and will run from 2 – 3 p.m. Jenkins said the headliner for the show will be Frank Lucero, a comedian who has toured throughout the United States and has been a part of the Latin Kings of Comedy tour with Paul Rodriguez. 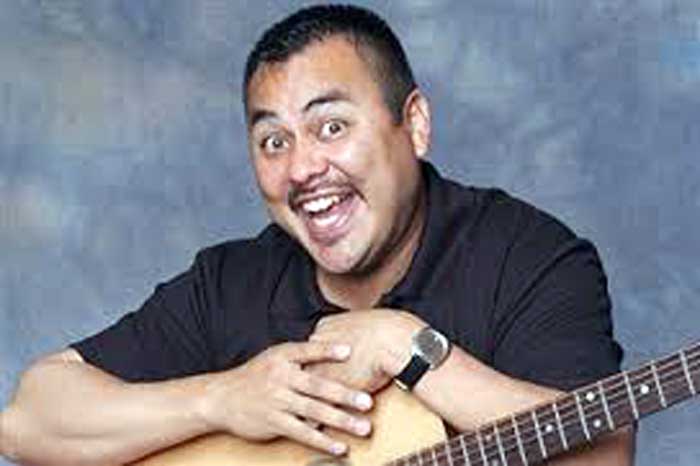 Frank Lucero is slated to be the inaugural comic for the Safford Laughs – Clean Comedy Show.

“Paul Rodriguez said ‘Frank Lucero is funnier than I and he’ll go farther than I do.’ And that’s true, because Paul Rodriguez has never been to Safford,” Randy said.

For more information contact the CFA at 348-7070. Tickets are available at the CFA’s box office.

Comedian Ryan Hamilton to perform in Safford on Saturday